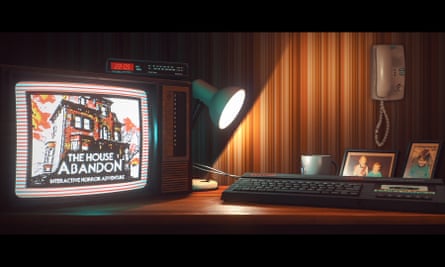 ONEAutumn is upon us. Where I live, the leaves fall in droves and the Glasgow rain turns them into slippery tires that turn every trip to the shops into an obstacle course. But one hallmark of fall is missing: a promising lineup of new video games to enjoy as the nights grow longer. Usually this is when the turn of the year starts, but not in 2022. It’s as if the video game industry is giving us a little extra time to watch the absolute circus that British politics has become in recent months.

The actual reasons for this relative drought are many, and boil down to the delayed effects of developments in the Covid era and, well, money. But there is one game that can save these sad months, one that I’ve been looking forward to for years: God of War Ragnarök. I’ve played it to review, and for once the developer lets me write about a game before it’s released.

God of War was an action game series from the 00s that involved a very angry bald god named Kratos smashing gods and monsters in spectacular fashion. These games were fun, but they weren’t exactly tasty. It was rebooted on PS4 in 2018, with Kratos unexpectedly recast as a grieving widower with a son he struggled to communicate with. 2018’s God of War was among my favorites on PS4, a stunningly beautiful and unexpectedly moving action game that made your heart race one minute and tug at your heartstrings the next.

What a treat it is to be back in the company of the gruff, yet tender Kratos and his increasingly wayward boy. This is largely a continuation of the 2018 game: the characters are largely the same, and so is the set-up, as father and son explore the fearsome realms of Norse mythology and encounter mythical beasts and demigods who are just as fun to fight as they are is terrifying. Kratos has an ice ax he can fling with one command and satisfyingly summon back to hand with another. This alone makes battle a lot more fun than your usual hack-and-slash game, but it’s also about the sheer physicality of the main character, the power with which he moves and attacks.

Atreus, his son, is more interesting this time around – because the mystery of his mother’s lineage (and therefore his) was resolved at the end of the last game, we now get to learn what he can actually do. He has gifts with animals and language, and throughout the opening hours we see him establish an identity independent of his father (even sometimes in competition with him). The banter isn’t the tender back-and-forth of the last game, with Kratos holding back and Atreus provoking. They seem more comfortable with each other, better able to understand each other – although most of the chatter is still delivered by the severed head of Mimir, a figure known in Norse mythology for his wisdom, but in this game for his Scottish accent and creative insults .

God of War Ragnarök is out on PlayStation 4 and PlayStation 5 – good for the millions of people who haven’t yet upgraded, but mildly disappointing for PS5 players, as so much of this game is built around hiding long load times that don’t it exists on the newer console. There’s a lot of moving slowly through narrow passages, or crouching through tunnels before emerging into a stunning new dwarven cityscape or abandoned temple – all clever ways to make the game one impressively seamless, continuous shoot on PlayStation 4, but completely unnecessary on PS5.

The forced breaks between areas, while brilliant, now make it feel heavy and a bit dated. It’s worth putting up with for the immersion, though; every icon on the screen feels like an intrusion, as you glean everything you really need to know from chatter between the characters and looking at your surroundings. God of War remains a secret puzzle game that gives you plenty of opportunity to wander and find hidden places with exciting secrets to discover, from dragon sculptures and carved murals to glowing chests and vicious creatures. There’s some Tomb Raider and Zelda in the DNA, I think. Hidden Beneath the Violence is a game about exploration – both places and relationships – and that’s what I like best about it.

If you want to get a feel for what the new Silent Hill game from No Code might be like, you can play the developer’s first game, Stories Untold. It’s an anthology of horror stories told through outdated technology: cassettes, flickering CRT screens, text commands, hisses and beeps. It’s best experienced without knowing much about it, but it’s atmospheric, innovative and impressively clever.

Today’s question comes from the reader RL Perrin: What is favorite easter egg you’ve discovered (by chance, or by being told) and why?

I used to love the idea of ​​secrets baked into games by designers, hoping that a curious player would discover them and get a thrill. Unfortunately, a combination of the internet and the Marvel Cinemantic Universe has soured me on them, because geek media now involves an endless ouroboros of references that people can notice on social media or pick out in YouTube videos. So my favorite gaming easter egg comes from a time before all that: i Zelda: Ocarina of Time, if you look around the palace where you first meet Zelda, you can see a few Super Mario 64 posters through a window. I found this organically when I was 11 and I felt like I had seen God.

Finally, an announcement: Pushing Buttons is moving Wednesdays starting next week, so look for us in our inbox on November 2nd.