Three sports and entertainment venues that understand the value of connectivity It’s easy to take connection for granted. Although a digital divide remains in some rural parts of the US, many enjoy ubiquitous connectivity in the form of fiber home broadband, mobile network services and public Wi-Fi. But where the connection starts to break down, in my humble opinion, is in sports and entertainment arenas. I have apologized in previous posts on social media about my experiences at the Circuit of the Americas in my hometown of Austin, as well as the Alamodome in nearby San Antonio. It’s a frustrating proposition when fan, concession and social media apps simply won’t work in a crowded venue due to oversubscribed Wi-Fi and cellular networks.

However, in 2022 I had the opportunity to visit three venues that understand the value of connectivity to improve the fan experience and improve operational efficiency. In this piece, I will delve deeper into each one and offer my insights.

Aruba is the networking arm of Hewlett Packard Enterprise (HPE). Last November, I spent time with Aruba executives and Daniel Brusilovsky, Vice President of Technology for the NBA’s Golden State Warriors at the Chase Center. The venue was opened in 2019 and is beautiful – and the beauty is not only skin deep. Every aspect of the design has been carefully considered to ensure that Bay Area basketball fans and concertgoers have an amazing experience, and this extends to connectivity. Just before my visit, the Warriors announced the deployment of Aruba Wi-Fi 6E access points (APs) in the arena – the first implementation of their kind at a live entertainment venue in North America.

During my visit, I learned that more than 250 under-seat APs are deployed in the bowl location section of the arena. That’s an astonishing cramming for roughly 18,000 attendees, but I put it to the personal test during my game-night visit. All social media apps on my iPhone worked flawlessly, and what’s even more impressive is that attendees can order concessions delivered to their seats via traditional food delivery apps. From my perspective, the venue has cleverly over-engineered capacity that will provide plenty of headroom for future fan activations spanning high definition video and mixed reality experiences.

Aruba also helps simplify ongoing network management at the Chase Center. The company’s patented ultra tri-band filtering dynamically adjusts available channels to eliminate signal interference and improve performance in what is typically a highly congested environment. In addition, Aruba’s toolset allows the IT operations team to centrally configure and enforce role-based policies across its wireless and wired infrastructure. Speaking of the wired infrastructure, Brusilovsky shared that the site has an astounding 600 miles of fiber optic cable. Aruba’s equipment also provides Bluetooth Low Energy and Zigbee to support IoT use cases spanning asset tracking and wayfinding sensors. It is also worth mentioning that Aruba is first on the market with its Open Locate function. This integrates GPS into Chase Center APs to facilitate robust location-based services and automatically map AP installations; it eliminates what is usually a tedious manual process that is often inaccurate or overlooked by network operators because it requires too much effort.

Last June I spent time with Cisco at their signature Live event in Las Vegas. While there, I visited Allegiant Stadium, now home to the newly transplanted Raiders franchise in the NFL, and another technological marvel. The most massive technology? A sliding board that moves the entire playing field in and out of the arena – and that weighs 19 million pounds!

It’s no surprise that the venue operations team at Allegiant turned to Cisco for connectivity. With a seating capacity of 65,000 attendees, the venue required careful attention to network planning as an important element of its construction. Many venues deploy AP placement under the seat, but in a venue as large as Allegiant Stadium, this design would be prohibitively expensive. Instead, Cisco provided an overhead solution for the venue, leveraging the Catalyst 9104 AP to deliver Wi-Fi 6 for faster throughput, lower latency and support for a larger number of fan units. The footprint of the AP is significantly larger than a typical AP, but it also integrates high-gain antennas to simplify deployment. In addition, Cisco has integrated a software-configurable antenna that simplifies both beam switching and steering, two functions that are necessary in large arenas and outdoor environments.

During my back office tour of the stadium, I was struck by the sophisticated IT control room, which includes additional Cisco equipment. From my perspective, this is probably one of the reasons why the network expert was assigned the distribution over Extreme Networks, which has a deep relationship with the NFL. There is value in partnering with a full-stack solution provider, and Cisco has significant capabilities beyond Wi-Fi in the form of routing, switching, routed optical networking and a private 5G-as-a-service offering. I suspect Allegiant Stadium will rely heavily on Cisco as it continues to improve its connectivity experience for fans and concertgoers.

Last October I attended an Austin FC soccer game at Q2 Stadium and spent time with the IT Operations Manager there. The new venue is home to the two-year-old Major League Soccer (MLS) franchise – the first professional sports team in my hometown. (I’m still bummed that The Verde didn’t make it to the championship game!) But in my mind, Q2 Stadium is a big winner in terms of partnering with T-Mobile to deploy what is likely one of the first 5G standalone venue network in the US. The standalone combines both 5G core and radio access network elements to unlock the true promise of 5G from a latency and throughput perspective.

At Q2 Stadium, this culminates with T-Mobile’s Ultra Capacity 5G deployment with its 2.5 GHz spectrum. The mid band offers the best balance between coverage and performance, and my speed tests while on site proved it. T-Mobile claims average download speeds are 16x faster than LTE during a crowded game. In my humble opinion, it’s a game changer (pun intended) as it allows fans to share their experiences on social media as well as allowing tablets enabled with concession apps to order food and drinks. I look forward to attending future games, knowing that I will enjoy the benefits of a world-class 5G deployment.

Two other nearby premises and cellular network deployments are worth mentioning despite not visiting them in person: the Wells Fargo Center in Philadelphia and Minute Maid Park in Houston. Both have one thing in common, utilizing the Citizens Broadband Radio Service (CBRS) spectrum managed through OnGo. OnGo makes it much easier to acquire the spectrum needed to deploy LTE and 5G private networks. As a result, Comcast is leaning on CBRS for its private cellular network deployment at the Wells Fargo Center.

In January, Comcast announced its plans for the venue, which include support for both LTE and 5G that will leverage Nokia’s Digital Automation Cloud. The announcement signals Comcast’s launch into the private 5G network business following the acquisition of CBRS spectrum. What I like about the partnership is that Comcast is taking advantage of Nokia’s early lead in private cellular networking through a fully integrated solution that includes radios, baseband stations and the software to manage the entire deployment.

The other honorable mention is a near-venue deployment near Minute Maid Park, home of my beloved Houston Astros. Astros fan Max Gold lives across the street from the venue and quickly became frustrated with the lack of coverage provided by Verizon, so he built a DIY 5G network using Baicell’s wireless gear on the Pollen Mobile network using CBRS spectrum. What’s innovative is that Mr. Gold is rewarded financially when people connect to his network, and he proved that his 5G deployment outperformed Verizon during the Astros’ run to a second World Series victory with tweets of his live speed tests during the playoffs .

I’m excited to see more sports and entertainment venues investing in next-generation wireless connectivity to enhance the attendee experience and improve concessions and overall operational efficiency. Chase Center, Allegiant Stadium and Q2 Stadium all stand out for forward-looking connectivity planning and deployment, which should pay dividends in more efficient operations, improved profitability and a world-class fan experience. OnGo and CBRS also continue to democratize access to licensed spectrum and accelerate the deployment of private mobile networks.

Boil it all down, it’s a win-win for venues and participants. I hope to see more arenas for the major team sports and embrace this kind of forward thinking.

Disclosure: My firm, Moor Insights & Strategy, like all research and analyst firms, provides or has provided research, analysis, consulting and/or consulting to many high-tech companies in the industry, including Aruba, an HPE company, Cisco, Nokia and T -Mobile, cited or related to this article. I have no equity positions in any companies quoted in this column. 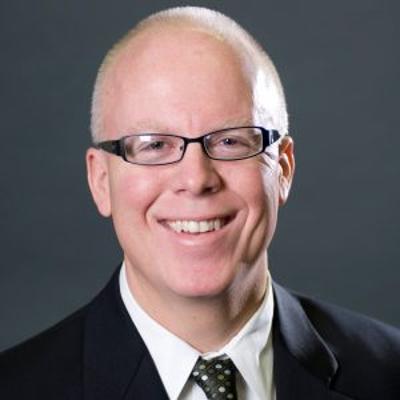