A French chef has wowed millions with his ‘brilliant’ trick for chopping onions – but Australian fitness star Sarah Stevenson was far from impressed with the results after trying it out for herself.

The chef wowed foodies with his clever method, which involves using a fork and vegetable peeler to quickly mince onions and shallots.

Sarah, who goes by Sarah’s Day online, tried the hack with her three-year-old son Fox and couldn’t make the cut.

Scroll down for video 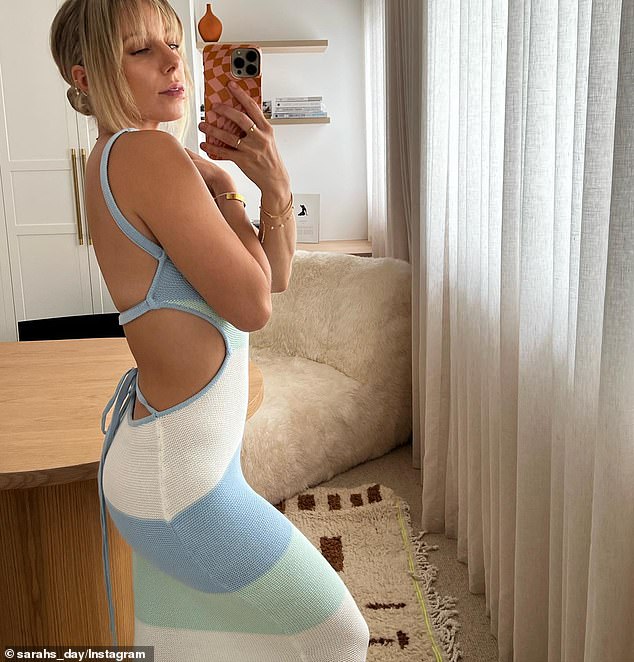 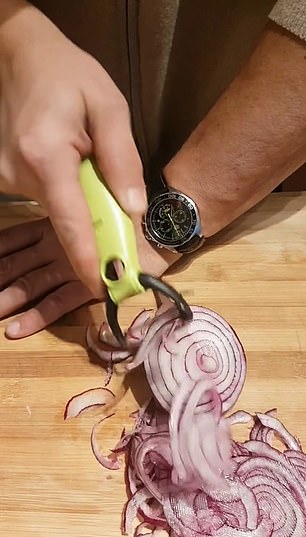 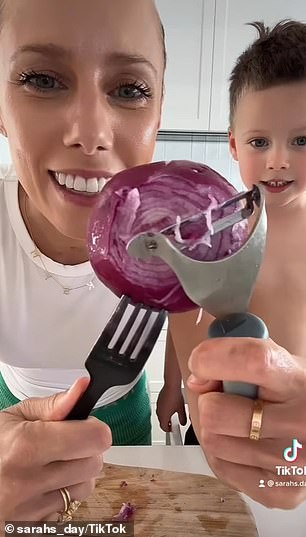 A handy French chef, who goes by online Casa Tips, has wowed millions with his “brilliant” trick to finely chop onions with a fork and a vegetable peeler (left). However, Sarah tried the hack with her three-year-old son Fox and failed to cut onions (right)

The chef, who goes by Casa Tips online, pokes the bottom of the onion with a fork facing down, secures it with his palm and other hand, and runs the peeler “back and forth” across the top of the onion to make paper-thin slices.

The mother of two uploaded a video of herself and her son trying the hack.

“I’m very skeptical, I feel like we just don’t have a big enough peeler,” she said.

“The moment of truth are you ready?” she asked her son.

Sarah inserted her fork into the side of the onion and then tried to peel off thin slices but failed.

“Come on, this can’t be real. I will give this one a no from us, she said.

Her followers had mixed opinions about the theory.

Several suggested that Sarah didn’t get results because she did something wrong.

“Either your onion is too old and a bit soft, or you need a sharper peeler,” said one woman.

“Mine worked perfectly! It was such a game changer for me. Maybe it’s your peeler? another commented.

However, others agreed that the hack is not as good as it seems.

‘I tried this today and it didn’t work for me either!’ said a woman.

‘Apparently [the chef is] demonstrating a slicer he sells. Most people won’t do this, added another.

He said if the peeler blade isn’t as wide as the onion to run the gadget along each side of the vegetable, it won’t work. 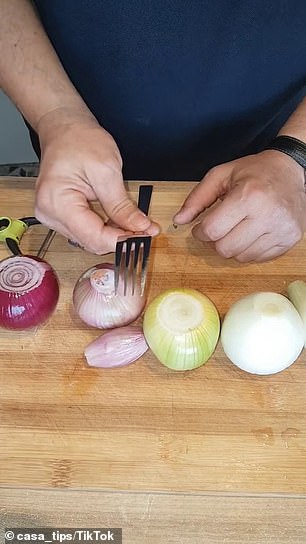 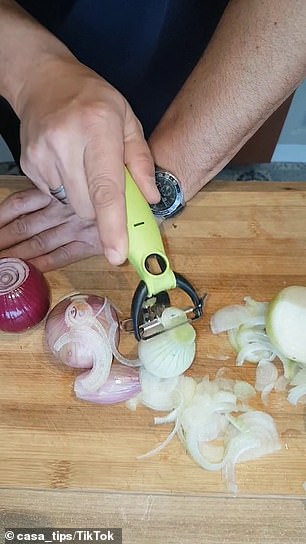 The French chef said the onion slices are “perfect for your burger and perfect for your pizza”, adding that you can use more pressure with the peeler to get slightly thicker slices

The chef also said that you can use more pressure with the peeler to get slightly thicker slices.

His video has been viewed a whopping 84 million times and had many in the comment section “mind blown”.

‘How do we learn this hack first now????!!’ one viewer exclaimed, while others called the hack “brilliant” and “awesome”.

“There’s no way I haven’t figured this out before,” wrote another.

‘Oh I love this idea, best for my kids instead of using knives which I’m really scared of! Thank you very much, replied a mother.

‘Omg it works. Just made it with a shallot,” said another user.