ANDROID users are being warned about dangerous apps that may be on their phones.

Cybersecurity experts have uncovered a number of problematic Android apps that can breach your data.

Malware and data breaches are becoming a growing problem for Android users – and this problem is perpetuated by malicious apps.

How does this work?

Using apps that ship, malicious files or codes (or malware) can infect your phone or computer.

Once this malware has penetrated your device’s protective barriers, threat actors can access your data, steal your information, or even control your phone. 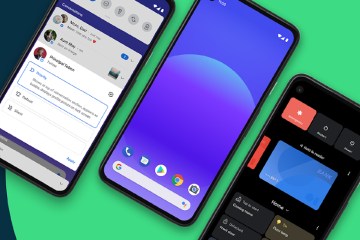 For these reasons, it is especially important to be vigilant about what you download to your device.

Here are some apps you can never download, or wipe your device immediately if it’s already downloaded.

UC Browser was developed by UCWeb, a subsidiary of the Chinese technology giant Alibaba.

It’s one of the most downloaded browsers, but analysts have found that it can leave your data at risk of being hacked.

That’s because the app failed to use strong cryptography or even encryption, leaving your data vulnerable.

The Dolphin browser is another popular third-party browser app for Android that can leave your data vulnerable.

It does this by discreetly saving your browsing sessions in incognito mode and revealing your original IP address – even while using a VPN, according to BeeBom.

SuperVPN has more than 100 million downloads, making it one of the most used VPN apps on Android.

However, cybersecurity experts have found that the app is filled with vulnerabilities and bugs that could allow hackers to compromise your device.

By downloading any of the apps, users are directed to malware websites that steal sensitive information or generate pay-per-click revenue for the bad actors.

In some other cases, the fraudulent sites have enabled users to download fake security tools or updates.

This in turn downloads malicious files and malware that can give bad actors access to a person’s device.