The NCAA and Jose Rizal University have already cracked the whip on John Amores by giving him separate indefinite suspensions for losing control and hitting three College of St. Benilde players during their Season 98 men’s basketball game on Tuesday.

But netizens are questioning whether these bans are enough.

Families of Blazers players are considering suing the JRU forward after he went berserk and hit Jimboy Pasturan, Taine Davis and Migs Oczon late in the game that was left with three minutes, 22 seconds left and St. Benilde up, 71-51.

There is already a pending criminal case against Amores filed by the University of the Philippines last September at the Quezon City Prosecutor’s Office after he punched Fighting Maroons player Mark Gil Belmonte in a UCBL preseason game last July.

In light of this, we’ve compiled a list of other basketball-related games that almost led to lawsuits, some almost.

This is by far the only local incident that went so far as to bring a criminal case.

In the aftermath of Wynne Arboleda hitting a cursing fan at the side of the Burger King-Smart Gilas PBA Philippine Cup game in October 2009, the fan, later identified as Alain Katigbak, took the player to court for physical injury.

However, the case was dropped after both parties reached an out-of-court settlement during the mediation process.

“A case was filed but was not pursued,” former commissioner Sonny Barrios said. “I suspended Arboleda for the rest of the season.”

Arboleda still served a suspension without pay for the rest of the season, but it lasted just seven months after an appeal and community service. The veteran player also had to pay a P20,000 fine for his two flagrant foul 1s he committed during the game.

Danny I, Ping vs Ginebra fan

A conference before the Arboleda incident, San Miguel stars Danny Ildefonso and Marc Pingris attacked a heckler shortly after Game Two of the 2009 Fiesta Conference Finals against Barangay Ginebra at the Smart-Araneta Coliseum. 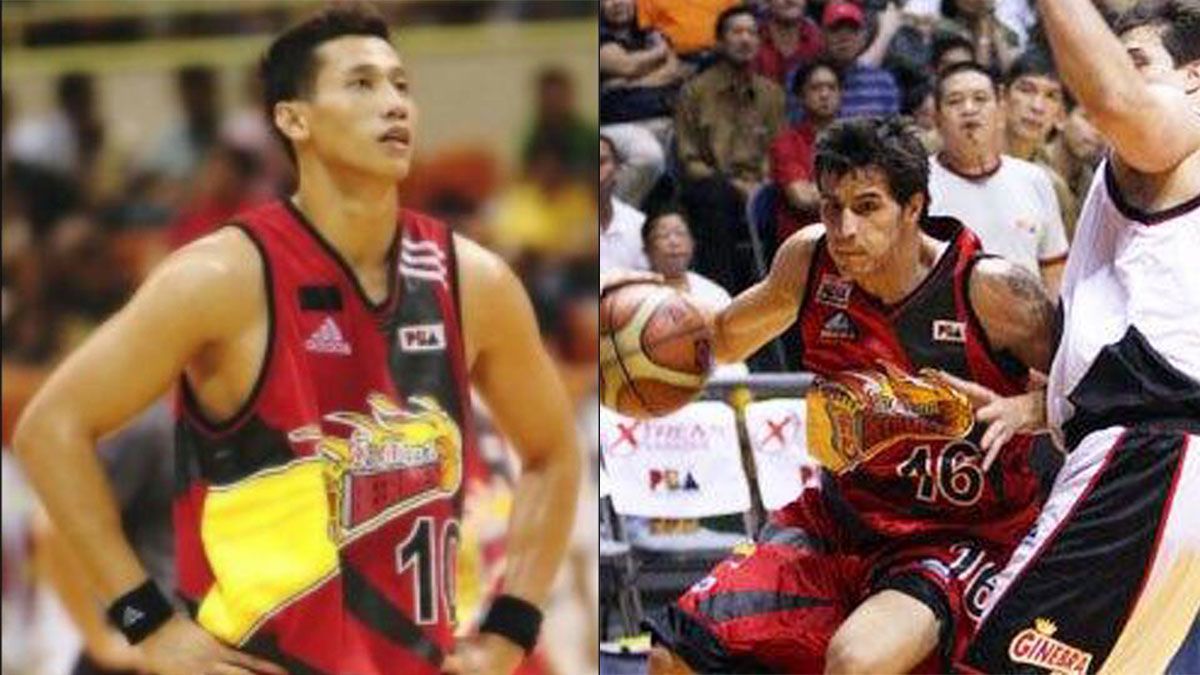 Former commissioner Sonny Barrios suspended the two Beermen one game each forcing them to miss Game Three of the title series. Ildefonso was also fined P30,000 and Pingris P10,000.

Barrios recalled the incident and responded to a question about whether it warranted a season-long suspension instead.

But all’s well that ends well after the two SMB stars publicly apologized to the fan, the San Miguel management, the PBA and the public in general.

The three parties involved, along with Barrios and former league chief operating officer and technical director Rickie Santos, also met at a coffee shop near the Big Dome to mend fences hours before Game 4 of the finals.

Evil at the palace

Who can forget arguably the most infamous brawl in NBA history?

It all started when Indiana’s Ron Artest hacked Detroit’s Ben Wallace late in a game in November 2004. After Wallace retaliated and other players got involved, Artest ended up on the scorer’s table. Moments later, a fan threw a drinking cup at Artest, sending him and teammate Stephen Jackson into the stands.

The rest is history.

Netflix released a documentary about the fight.

Spin.ph columnist and sports attorney Mickey Ingles recalled an even older incident that led to a lawsuit.

In the case, the US court ordered Clauson to pay the injured party more than $2,000 in damages.