In the course of the summer Celtic were linked with various players as is usually the case during the transfer window madness. Names appear left, right and center along with the out club. But only a few, if any, are ever truly the real thing and carry any substance. That’s the reality of the rumor mill when it goes full-scale berserk and surrenders.

One of the names mentioned at the time was Robin Hack. The German U21 player primarily plays as a left winger, but is versatile across the front line; something that Ange is very concerned about with his attacking players. Sead Haksabanovic signed and he has played in several roles since being deployed to Ange’s team in a green and white jersey.

The Arminia Beilefeld striker was also linked with Swiss club Basel in the summer market, but decided to stay in Bundesliga II with his current employers. It’s a move that has served both parties well, as Hack has flourished this year so far, scoring nine goals in 19 games in the domestic season. 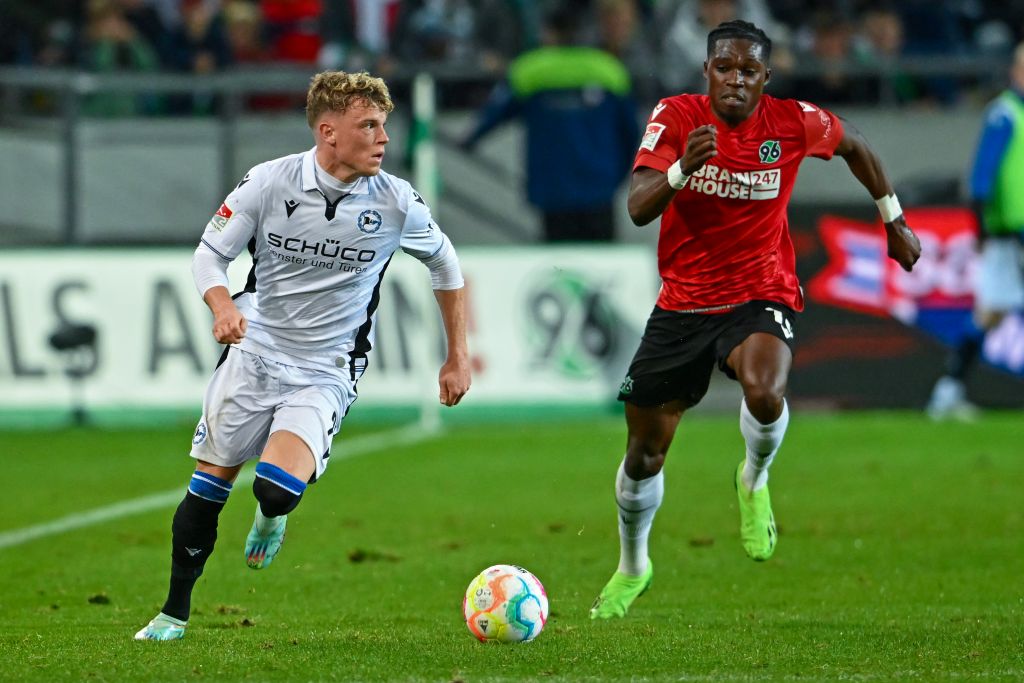 Derrick Koehn (R) of Hannover and Robin Hack of Bielefeld fight for the ball during the second Bundesliga match between Hannover 96 and DSC Arminia Bielefeld at Heinz von Heiden Arena on October 15, 2022 in Hannover, Germany. (Photo by Thomas F. Starke/Getty Images)

However, The Herald have reported that he may be willing to sit down and listen to offers come January. “Basically, I feel extremely good at the moment and I like playing with my club. Honestly, I don’t want to go yet, there’s no reason to at all. But if there was an alternative that suited all sides, I would consider it.

– Nevertheless, it has been fun in Bielefeld lately. Everyone wants to get the most out of their career and of course I do too. I want to play in a top league. It can either happen in Arminia Bielefeld or another club. In the summer there were one or two opportunities abroad, so we’ll see what happens in January.

This one sounds exciting. Ange may be looking for another striker after seeing many chances go begging this year. The UEFA Champions League group stage in particular saw a significant amount of missed opportunities in front of goal and the boss may want to keep our attackers on their toes. Both Giakoumakis and Kyogo have been guilty of misfiring during the first half of the current campaign and could see more competition as the answer.

As we already maintain an interest in the German second division player, a move for him in January would not be out of the question – especially given his current form and our tendency to not capitalize regularly in games we happen to dominate. This feels like a real possibility. We’ll just have to wait and see what Ange has up her sleeve this year.

If last January is anything to go by, we’re in for a pre-Christmas treat in the New Year anyway.