ISSUES ARISING: How prepared is INEC to deliver technology-driven elections in 2023? In February, President Muhammadu Buhari signed the long-awaited amendment to the Electoral Act. For some, it depicted the government’s commitment to maintaining transparent and credible elections. Others, however, seemed skeptical.

Some parts of the changes, such as the early release of electoral funds to the Independent National Electoral Commission (INEC), the early conduct of party primaries and the submission of candidate lists, were well applauded. Electronic voting/transmission of results, on the other hand, sparked concerns from Nigerians.

INEC had in 2020 established a Results Viewing Portal (IReV) to provide public access to election results from polling units after completion. In addition to its new technological powers, § 62(2) empowers the commission must maintain a centralized electronic electoral register for e-collation.

The changes have since sparked debates about INEC’s ability to effectively change the game, especially as the country prepares for the 2023 general elections.

The concerns may be derived from a memory of a person hacked the INEC website in 2015 during the accreditation for Nigeria’s presidential and national assembly elections.

However, in a position paper released in 2021, the commission argued that the concerns raised were characterized by entrenched partisanship, incomplete information, unfounded fears, baseless conspiracy theories and deep misconceptions.

The position paper was released to quell the heated conversations that had since flared up, as the commission insisted it had developed “adequate structures and processes to be able to transmit election results electronically”.

But a statement by INEC in 2022 appeared to have strengthened concerns that the electoral judge labeled “unfounded fears”. 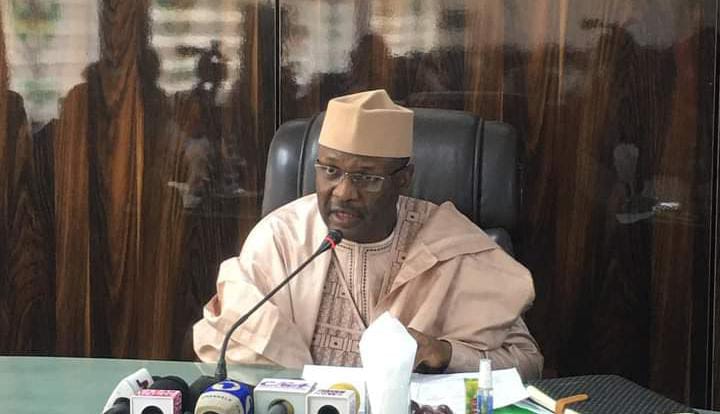 On September 9, while addressing a stakeholders conference on election results management, Mahmood Yakubu, INEC chairman, said the commission’s IReV portal had been attacked by hackers worldwide. He admitted that the commission had registered several attempts to hack the cyber security system of the result display portal.

“Another technical concern for us is the repeated attempts to breach our cyber security system for the portal,” the INEC chairman said.

“Our engineers reported several cyber attacks on the portal under Ekiti and Osun gubernatorial elections, some of them from as far as Asia.”

Although Yakubu said the attempts were unsuccessful, he noted that the commission had to “remain vigilant and strengthen its defences”, a far cry from the impression INEC had earlier portrayed. 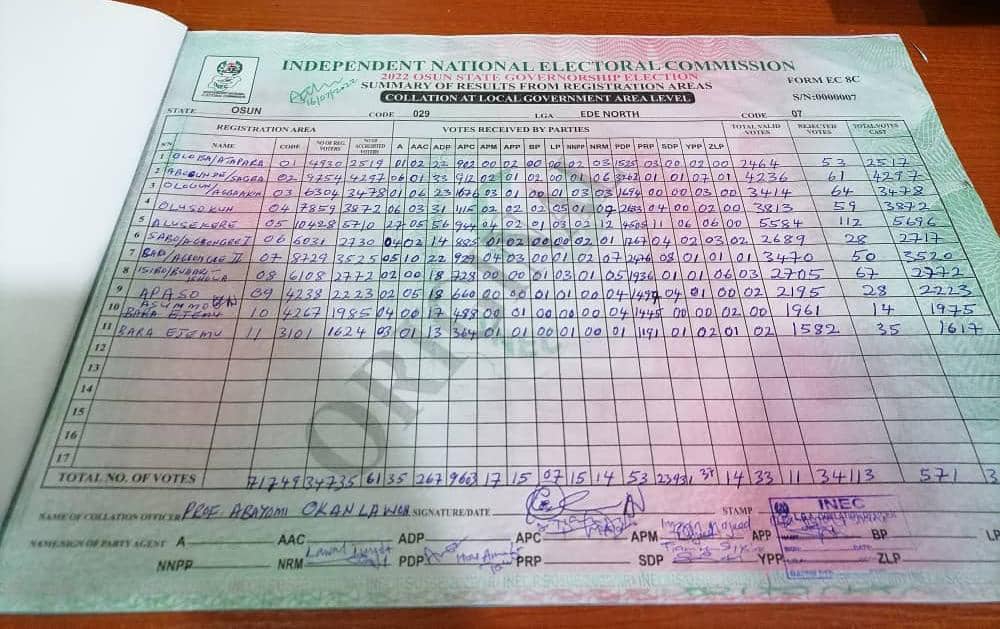 YIAGA Africa, a civil society organization, as well shared their findings on tested electronic transmission of results in the past Ekiti and Osun governorship election.

Among the problems discovered were wrongly entering and omitting data on result sheets, uploading of wrong election forms and other inconsistencies that threatened the transparency of the e-transfer process.

“In the Ekiti election, 88 result sheets were not entered into the ERAD database due to issues that disabled data entry. Similarly, 87 results were not processed at ERAD in the Osun election due to some issues,” Itodo said.

“Based on the ERAD findings, the INEC presidents uploaded forms or documents other than Form EC8A as prescribed in the guidelines and manual for the election.

“From the result sheets downloaded on IReV, important delineation data like number of registered voters and accredited voters for constituencies were either omitted or wrongly entered on Form EC8A.

“The monitoring process also showed a variation in the total number of rejected ballots, and the figures announced by INEC at the final tally.”

Apart from voting, results management is easily the most critical aspect of election administration. For most politicians, it is perhaps more important than voting. The reason for this is not far-fetched. While voting is an open and public activity, results management is usually conducted by a few election officials, mostly out of the public glare.

E-transmission of results, INEC said, would improve the quality of elections and increase public confidence in the electoral process. But the debut at the Ekiti and Osun elections has continued to raise questions.

Although one could try to understand that it is a new path for the commission, one could also argue that there was sufficient time to solidify defenses and strategies to ensure hassle-free e-transmission of results. 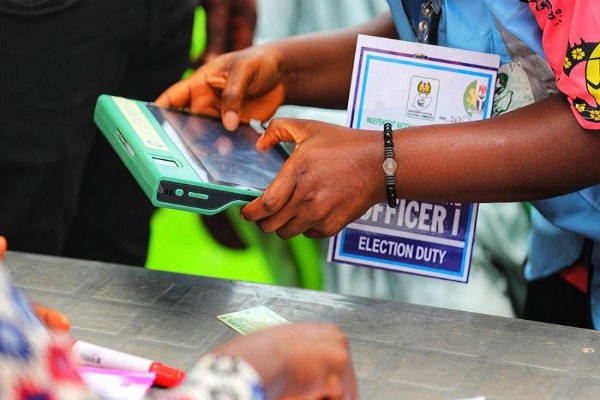 Speaking with TheCable, Adeboye Adegoke, Program Manager at Paradigm Initiative, said INEC’s e-transfer must be equal and inclusive across the country before it can be considered effective.

“As an organization that works on digital rights and inclusion, what we look for in situations like this is the likelihood that every corner of Nigeria has the technology that will enable INEC to be able to do this,” he said.

“There has been assurance from INEC that they have the technology they need to achieve this across the country but what would be problematic would be where in some cases they were able to upload the results to the servers and other places they wasn’t able to — in other words, manual and digital transmission. That’s going to lead to a lot of malfunctions and other problems.”

“As a country, we have a big problem with data; I can tell you that. We do not have a strong database. Coming from the aspect of data and technology, yes there may be lapses in the BVAS system, but that does not mean that this system may not be effective. We’re still struggling with the network, so we can’t be sure of 100% accuracy. Servers can even be down from a high traffic level,” she told TheCable.

Abidemi added that all the fears raised are valid and that even “PVC collection was not easy and it was because there were gaps in their technology, how much more the general election?”

See also  From Grand Theft Auto V to Final Fantasy VII: Here are the best deals you can get during the Epic Games Store Christmas Sale!

INEC: WE ARE AWARE OF OUR SHORTCOMINGS

Time and again, INEC has tried to allay the fears of Nigerians about the security of BVAS. It maintains the system has been fortified and loose ends are tightened.

The presidency has also given the commission support for the use of the BVAs in the upcoming election.

Femi Adesina, Presidential Spokesperson, so technology was instrumental in Buhari’s installation as president and would be equally important to his successor.

Despite the continuous assurances, the commission admits that there may be disadvantages.

Rotimi Oyekanmi, INEC’s spokesperson, told TheCable that the commission is aware of its shortcomings but has adopted stringent measures to seamlessly imbibe technology and boost Nigerians’ confidence in the electoral system.

“INEC is aware that the technological world is full of dangers. Websites and servers in many countries are constantly being hacked or at risk of being hacked by dark forces for various reasons. Fortunately, there are also cybersecurity measures that have proven to be quite effective against cyber marauders, whose intent is to kill and destroy, he said.

“To that extent, and with the benefit of hindsight, the Commission has been careful to adopt the right kind of technology relevant to their needs, while taking the issues of cyber security seriously.”

Oyekanmi said the commission has started covering grounds including “comprehensive training of staff who will deal with BVAS and ad hoc staff and will ensure adequate protection of all our sites to be deployed for the 2023 general elections”.

But with an increased number of registered voters and a possible increase in the number of voters in the 2023 elections, will INEC be able to show capacity in results management, especially with the e-transfer?