Huddersfield Town 1-2 Luton Town: Reece Burke scores a dramatic late winner after coming off the bench to help Rob Edwards’ side win their third game in a row and move into the play-off places

By Ross Heppenstall for the Daily Mail

The defender – a 62nd-minute substitute – finished superbly with just six minutes remaining to lift the Hatters into the play-off places.

“Luton are going to the Premier League!” chanted the visiting supporters after another hugely impressive declaration of intent from Rob Edwards. 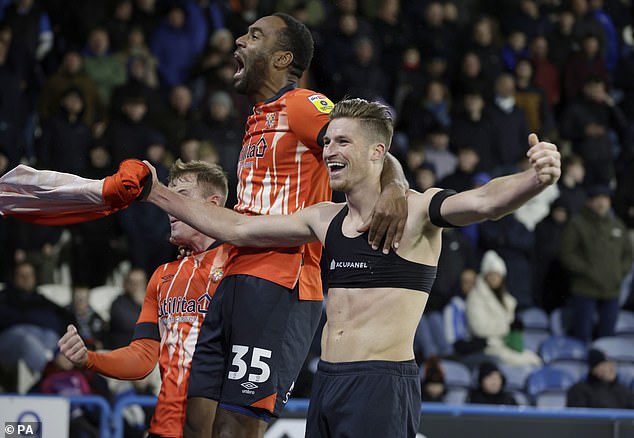 Winning three consecutive games in the Championship in the space of eight days over the festive period is not easy.

It was also not pretty at times against a Huddersfield who were desperately fighting for their lives.

Still, there was spirit and determination around the Hatters, and so did their hosts, who remain entrenched in the relegation zone after their two-game winning streak ended.

Edwards’ first game in charge of Luton ended in defeat at Middlesbrough, but they arrived in West Yorkshire on the back of successive wins over Norwich and QPR. 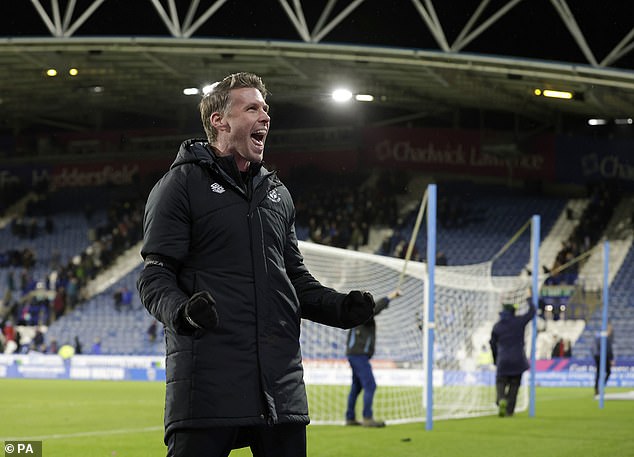 The visitors came close to opening the scoring in the 10th minute when Elijah Adebayo advanced past a Huddersfield back post with a lead foot.

He found himself one on one with Town keeper Lee Nicholls, who made a fine save to smother Adebayo’s effort.

The Hatters largely dominated possession, but real goal scoring opportunities were scarce for either team as the game developed.

Recent wins against Preston and Rotherham had given Huddersfield confidence and they led through Holmes’ second goal in as many games.

In the 25th minute, the hosts broke the deadlock after good work from Aston Villa loanee Kaine Kesler-Hayden.

The impressive young wing-back, playing on the right flank, found Jack Rudoni on the edge of the box before his pass was collected by Holmes, who had time and space to drill home a low right-footed shot into the Luton net.

It was Holmes’ second goal in as many games after his superb opener in Thursday’s 2-0 home win over Rotherham. 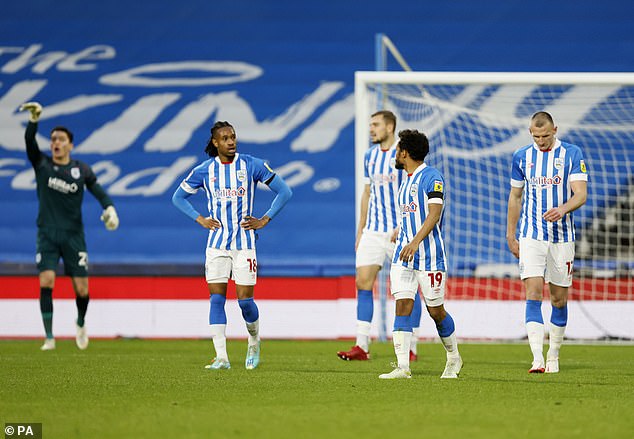 Meanwhile, Huddersfield were devastated after opening the scoring in the 25th minute

Yet the Terriers were dealt a major blow eight minutes before half-time when influential captain Jonathan Hogg landed awkwardly and had to be substituted.

Luton equalized in the 43rd minute when Alfie Doughty made a strong run down the right flank and crossed low into the box.

Amari’i Bell lurked 12 meters from goal and his fierce right-footed shot was hacked away by Huddersfield defender Michal Helik – but only after the ball had crossed the line.

As the rain began to fall in the second half, genuine chances remained at the top but a neat passing move cut Huddersfield apart to give Huddersfield victory six minutes from time.

The ball was worked through midfield to James Bree, whose cross from the right flank found its way to Burke after a slip from Huddersfield defender Will Boyle.

Burke steadied himself and then struck a low right-footed shot into the far corner of the Terrier net, prompting raucous scenes in the visiting dug-out and away end.