Huawei should fix noise and ringing issues for Mate 50 phones The Huawei Mate 50 series has recently entered the global market. Like the latest models, everything is perfectly arranged in these units. However, there are constant complaints about Huawei Mate 50 noise issues.

It’s only been a month since the Mate 50 series started causing problems for users. A few days ago we encountered the respective device with camera problems. While clicking pictures, users caught an unknown purple spot emerging from the lens.

And now another problem has appeared on the device. This time the problem has taken place with the call function. On a big dig, we found that the Huawei Mate 50 series makes some irrelevant noise issues while playing music and making calls.

Furthermore, this problem is not limited to the conversation part, but has also extended to the pictures. Eventually, the Huawei Mate 50 phone receiver and external speaker have noise, and there are constant blurring outcomes with new snaps.

But the reason behind all these problems is quite shocking. Consequently, the camera film of the Mate 50 smartphone is the main cause of these problems. Some users expressed frustration and anger, even saying: “the lens film is so irritable, just tear it off!”

But how can a camera film affect the ring function? Let us understand this in detail.

What is camera film

Usually, a camera film acts as a structure that the lens is placed inside. It packs the lenses inside the frame so that they cannot be damaged or have any external scratches. If we talk about the Mate 50 series, then the outer ring of the four small lenses acts as a camera film.

This film contains a thin inlet on the outer surface. In particular, this intake is important for maintaining the air pressure balance inside and outside the smartphone. Moreover, it is also responsible for checking whether the upper and lower speakers are exchanging air effectively with the surroundings.

However, in the Mate 50 case, the ventilation channel has blocked the air in the entire device. As a result, the air cannot escape and we constantly hear some noise from the unit.

What can you do to solve this problem?

“When you know the answer to why, it becomes easy to find the answer to how.” Like this saying, we have identified the problem and now the company will soon deliver a permanent solution to this problem. But what are we going to do until then?

Well, you need to take care of some points for your Mate 50 device. First, don’t use any other phone case except the official Mate 50 cases. Some cases often do not fit the device and cover the entire camera system.

Do not block the camera’s film intake with other items or objects. Furthermore, if the problem persists, you should immediately go to the Huawei service center. In case of a long-term blockage, the problem can even damage the upper and lower speakers.

So Mate 50 users, are you one of them experiencing these issues? Or are you dealing with other defects? Let us know in the comments section. 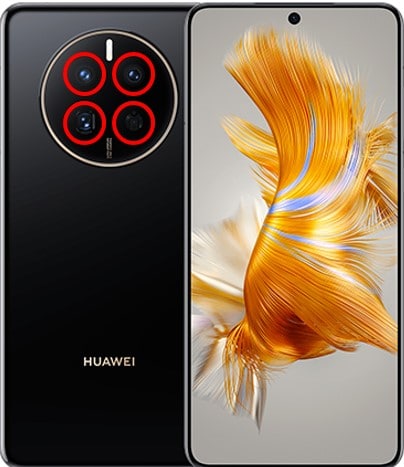