Has the Pakistan Army used actors to honey trap politicians? Has Pakistan’s army used popular actors as honey traps to lure politicians? It is the latest controversy to rage in the neighboring country after a retired military officer claimed the force used women as “seductive spies” to blackmail politicians.

The case gained even more attention after actors Sajal Ali, Kubra Khan and Mehwish Hayat shot down the allegations. The 28-year-old Ali, who starred opposite Sridevi in ​​the 2017 film Momsaid: “It is very sad that our country is becoming morally degraded and ugly.”

What is this latest controversy about? Here’s what we know so far.

Now retired and based in London, Major Raja claimed in a video post that retired army chief General Qamar Javed Bajwa and General Faiz Hameed used top actors as bait to record scandalous videos of politicians and some other people.

While refusing to share the names of the actresses and models, the retired major said the women’s initials are MH, MK and SA. He further alleged that the women used to stay in Pakistan’s spy agency, Inter-Services Intelligence (ISI) safe houses.

Reactions are pouring in from all sides

Major Raja’s (retired) claims have not gone down well. Sajal Ali, who is believed to be one of the actors being used by the establishment, hit back at the allegations and posted on Twitter that the allegations were nothing short of character assassination.

It is very sad that our country is becoming morally degraded and ugly; character assassination is the worst form of inhumanity and sin.

Kubra Khan, who has also been dragged into the fray, has responded by saying that she will take action against him. In an Instagram story, she wrote: “I kept quiet at first because obviously a fake video is not going to take over my existence, but ENOUGH IS ENOUGH.”

She asked Adil Raja to provide proof within three days or apologize publicly.

She added: “Don’t worry, lucky for you I’m not only from here, I’m from the UK so I’ll be there if I have too! The reason main sach pe hoon, main haq pe hoon aur main kisi ke baap se nai darti.“

Mehwish Hayat, who is believed to be the MH mentioned in the video, also slammed the allegations and said this has to stop. “Shame on you for spreading baseless claims and insinuations about someone you know nothing about and even more shame on people who blindly believe this nonsense,” Hayat wrote on Instagram. 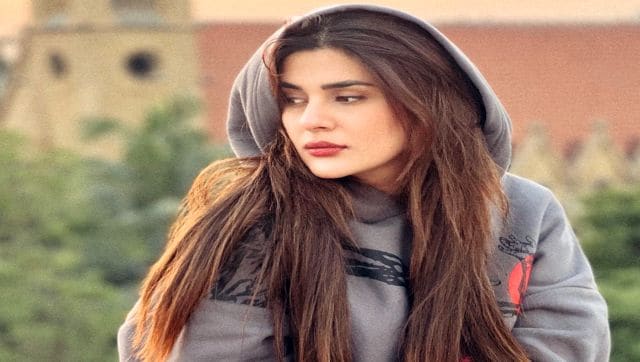 Kubra Khan is one of the Pakistani actors who have been dragged into the latest row. Image courtesy: thekubism/Instagram

Pakistan’s use of honey traps

Pakistan has long used women as honey traps, especially against India and its establishment officials.

Last November, a driver working with the Ministry of External Affairs was arrested in Delhi on charges of espionage. It was later revealed that he had been caught red-handed and had passed on confidential information to a person in Pakistan. In a similar case, 24-year-old Indian Army Jawan Shantimay Rana was arrested in July for allegedly leaking military information to Pakistan. He was allegedly hounded by a Pakistani woman for leaking information related to the Indian Army.

Rana later revealed that he was in touch with the female Pakistani agent through WhatsApp chat, video and audio messages for a long time. The woman had described herself as a resident of Shahjahanpur (Uttar Pradesh) and told him that she worked there in Military Engineering Services. She had then asked for confidential documents, photos, videos of maneuvers from Rana.

In June 2019, there was also the infamous case of “Sejal Kapoor” who had hacked into the computers of more than 98 personnel from various defense forces, including the Indian Army. She had used the age-old trick of showing the personnel’s videos and photos and inserted malware into their systems and was able to extract information about the BrahMos missile program.

Additional Director General of Police (Security), S Sengathir, was quoted as saying Hindustan Times that there have been several cases of Pakistani intelligence operatives, especially women, coming into contact with defense personnel and civilians.

The Indian Army has described honey hunting as a weapon of hybrid warfare and issued strict rules on the use of technology and also ordered soldiers to remove Facebook, Instagram and other dating apps like Tinder and the like from their phones. 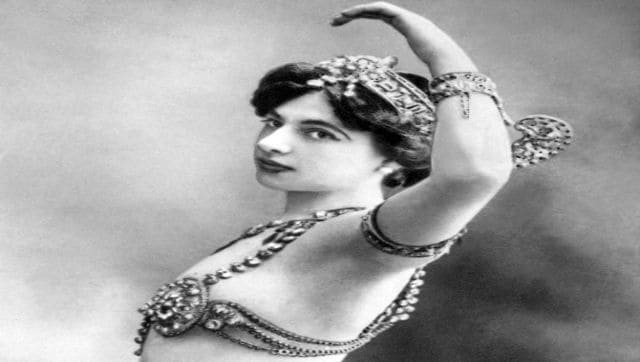 The most famous example of a honey trap is the Mata Hari case from World War I. AFP

Honey-trapping – using romantic or sexual relationships to extract information from a target – has long been used in the world of espionage. Spies all over the world have used sex, or the promise of it, to trap people and get valuable information from them.

According to the Oxford English Dictionary, the term first entered the English language through Tinker, Tailor, Soldier, Spy, the 1974 spy novel by John le Carré. “You see, a long time ago when I was a little boy, I made a mistake and walked into a honey trap,” admits one of the more depraved characters in the novel.

Although the term entered the dictionary in 1974, the practice dates back to the 15th century. The story shows that Antonio Di Lando, a low-ranking official in Venice, had shared confidential information with his lover, Laura Troyolo, during a passionate night in bed. Little did he know that Troyolo had hidden another paramour, Hironimo Amai, under the bed to catch Di Lando sharing his secrets.

Read also: From Mata Hari to Markus Wolf: A look at how honey traps are used in espionage

Since then, honey trapping has been used regularly, and perhaps the most famous example of a honey trap is the Mata Hari case from World War I. Margaretha Geertruida MacLeod, was a Dutch exotic dancer and courtesan, who became popular as Mata Hari, her stage name. Convicted of being a German spy based on intercepted telegrams that showed she received money from a German attaché in Spain, she was eventually executed by firing squad in France in 1917.

The Soviet Union also used honey capture extensively. The British journalist and historian Donald McCormick in his book, Spyclopedia: The Comprehensive Handbook of Espionagewrote that during the Cold War, female agents called “Mozhno girls” or simply “Mozhnos” were assigned to spy on foreign officials by seducing them.

India’s most famous case of honey-trapping came in 1987 when KV Unnikrishnan, a Research and Analysis Officer (RAW), was arrested for leaking information. Investigations had shown that the officer, then working as the head of the Chennai division of RAW and dealing with the Liberation Tigers of Tamil Eelam (LTTE), was wooed by a woman suspected of being a central intelligence agent. She worked as a flight attendant at the now defunct Pan Am Airlines.

With input from agencies