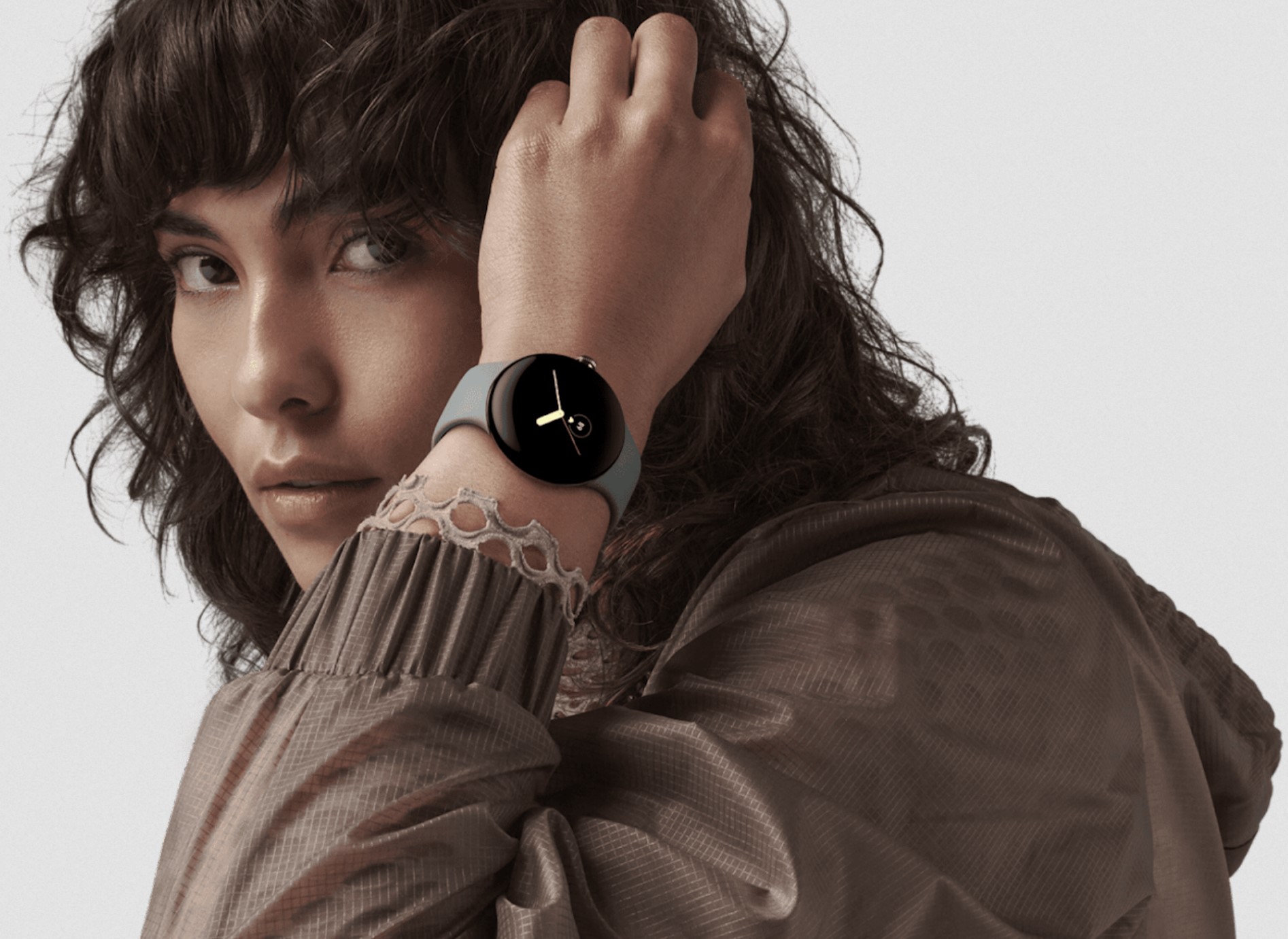 The Google Pixel Watch 2022 is a late entrant in the smartwatch category. In Google’s case, it has had plenty of time to learn from the early adopters and develop a damn good smartwatch. And since it doesn’t work with iPhones – Apple users stop reading now.

There are two schools of thought regarding format – round or square. Proponents of round mention that it looks like a watch, and then Apple avoids getting a more “practical” square design, allegedly to make better use of the screen’s real estate.

In the end, I don’t think it matters if it’s round or square. It’s about functionality (and every Wear OS watch does the same things), your style and your budget. Just as Android has democratized smartphones with prices ranging from $100 to whatever, Android Wear OS is democratizing the smartwatch market. This is important as market penetration is still embryonic as we have yet to adopt them as a must-have item.

By the way, Apple has about 30% of the global market share of devices shipped (mainly due to China usage), with Samsung at 10% (Wear OS and western markets only). The battle for wrist supremacy is nowhere close to heating up – except that the Google Pixel Watch 2022 has thrown down a serious challenge to all comers.

What should a Wear OS smartwatch do?

This assumes that there is Bluetooth and or Wi-Fi paired to an Android smartphone. Some brands/models with LTE eSIM can act alone (these cost more and you need a Telco that supports number sharing). They come in two basic types – fitness oriented and watch replacements.

We use Not Passed (below expectations), Passed (meets expectations) and Exceeds (exceeds expectations or is class leader) against many of the points below. We occasionally give a Pass(able) rating that isn’t as good as it should be, and a Pass ‘+’ rating to show that it’s good, but it doesn’t quite make it to Exceed.

You can click on most of the images for an enlargement.

For some, it’s stylish, understated and minimalist, with plenty of bands to dress it up. For others who have worn horological masterpieces of design, it is bland. I suspect the black silicon Active Watch band ($69) has more to do with this view. There are many other band color choices in Google Genuine Stretch ($89), Woven ($80), Crafted Leather ($119), Two-Tone Leather ($119), and thousands of third-party, cheaper bands on Amazon, eBay, AliExpress, etc.

It has a 41mm diameter x 12.3m thick and you can choose between matt black, champagne gold and polished silver. I think matte black looks best but my wife prefers polished silver as she is more likely to wear it out socially.

Either way, you have a choice!

It has a prominent crown that doubles as a power button and selector. It also has a back button above the crown. But most of the work is done with the touchscreen.

Download the Google Pixel Watch app from Google Play. You can accept all default settings, but we advise you to consider the privacy implications of location and to send usage and diagnostic reports to Google. Also, if you don’t use it for phone calls, you might not want to give it access to your contacts and call logs.

It asks you to download the Fitbit Today app to monitor your health data. The free version does an adequate job, but contains in-app purchases and requires a Fitbit account. Otherwise, it will be integrated into Google’s free Fit app, and I recommend most users try that first.

The AMOLED screen is 1.2” (30 mm) circular in a 41 mm body. It has a resolution of 450 x 450 pixels (320ppi) density. Google claims up to 1000 nits, but we can’t confirm that. Although it’s a bright, colorful screen, it needs to be wound up to full brightness in direct sunlight. It is protected by Gorilla Glass 5. It is no surprise that it only has Dark Mode to save battery.

AOD is a battery saver; you’re best off using the tilt (arm) and press to wake setting instead.

The more you do with a smartwatch, the more battery it uses. More full-featured watches like the Google Pixel Watch 2022 and Samsung watches usually need a daily charge.

It’s too early to tell you with any real accuracy how long a charge will last. Over two weeks, roughly 24 hours pass. But on some days – well, 6 hours was max (mainly GPS use).

Charging with USB-C magnetic docking is fast – 50% in 30 minutes and 100% in 80 minutes. Note that if you don’t have a spare USB-C port, you can purchase an inexpensive USB-C to USB-A adapter. It will charge on any USB port with 5V/1A/5W or more.

It has above-average battery life, only affected by heavy GPS (single band) and the Always-On-Screen feature.

Note that you cannot use a Qi charger or reverse charge. An optional mag charging dock costs $49, plus you need a charger.

Most will never need to install apps, but hundreds, if not thousands, are available through the Watch Play Store.

Options for BT/Wi-Fi and LTE

If this is your first smartwatch, go for BT 5.0/Wi-Fi N 2.4GHz and once it’s paired to your Android phone, the only useful feature is that you don’t get to make/receive calls without the phone.

LTE needs a shared number from your Telco – Telstra charges an extra $5 a month, but you also need your smartphone on a Telstra plan. This shares your mobile number across the watch and the phone.

We can’t test at the moment, but international reviews say the phone’s signal strength is far worse than a smartphone, and it’s only for urban/suburban use with strong cell coverage.

And we understand that LTE only supports Telstra bands 3, 7 and 8 (not 28) – you can’t use this on Optus or Vodafone.

The Google Pixel Watch 2022 complies with a water protection rating of 5 ATM, but it is not waterproof. Water resistance is not permanent and decreases or is lost over time due to normal wear, repair, disassembly or damage. It can be used in shallow water and should not be used for activities involving high velocity or high temperature water.

In short, it’s not for swimming or diving.

Unlike a Google Smart speaker, this requires a specific voice match and links to email, calendar and more. Understandably, it needs a voice match to stop others from abusing the service. It usually requires an internet connection.

Australia does not support automatic dialing of emergency numbers.

Emergency SOS requires precise location and 4G LTE or BT pairing to a nearby smartphone, a mobile signal and a manual 000 call initiation.

Fall detection will come later in 2022.

Google owns Fitbit, so naturally it would like to use the Fitbit app for health tracking. The standard app (no subscription) adequately covers:

The Premium app extends the basic app to cover analytics, wellness and more. It costs $14.99 per month. You get a 6-month trial – don’t forget to cancel it if you don’t need it.

For most basic users, Google Fit (free) is sufficient. Don’t give in to Fitbit’s frequent nagging to upgrade.

It is Android for watches and as such needs regular updates and updates. It supports three years of updates from October 2025.

It has had time to learn from other players and is now entering a growing market.

This is a good smartwatch for those who need basic features and don’t want to pay more for subscription apps, etc. But that said, it’s going to be one of the many Wear OS watches that all do pretty much the same thing. And forget the LTE version.

Additional features are unlocked via the Fitbit Premium app at $14.99 per month/$129.99 per year. If you find value in that – great.

It has everything you need, with something more unlocked via the Fitbit premium App subscription

There are better value Wear OS watches out there

It’s round (do you need a square one?) and well made