The Federal Bureau of Investigation has issued an alert about the increase in tech support scams spreading across the country. 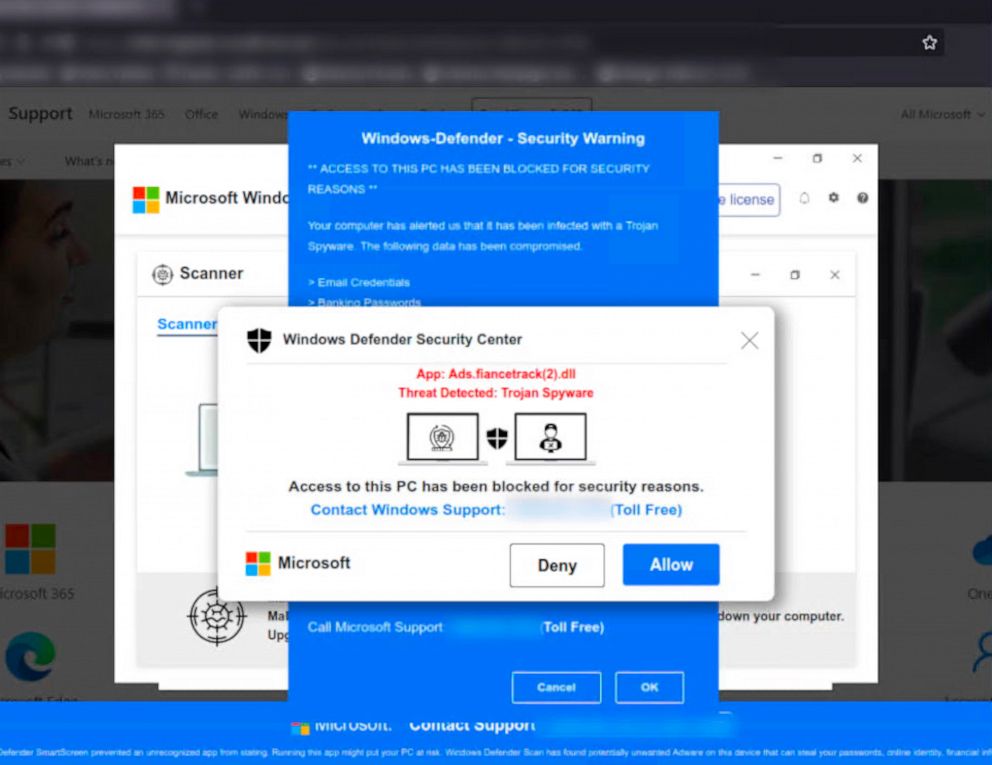 YouTube star Pierogi, who runs a YouTube channel ‘Scammer Payback’, shared a screenshot of a ‘pop-up alert’ scam he received on his computer.

According to the FBI bulletin, the tech support scam involves a cybercriminal pretending to offer tech support to resolve issues such as compromised email or bank accounts, computer viruses or software updates.

“You can be on your computer and you can get a pop-up,” said Ashley Johnson, the acting special agent in charge of the Chicago division. “And this pop-up will tell them, ‘Hey, your accounts have been hacked. Call this number.’ And [the scammers] will represent itself as a reputable software company.”

Recent FBI statistics reported that Americans lost nearly a quarter of a billion dollars last year from this scam alone – an increase of over 137% compared to last year.

YouTube star Pierogi, who runs a YouTube channel called “Scammer Payback,” which posts videos of phone calls with scammers, told ABC News that he first noticed an increase in this type of scam earlier this year.

He shared a screenshot of a “pop-up alert” scam he received on his computer claiming to be from Microsoft and asking him to call a support phone number. 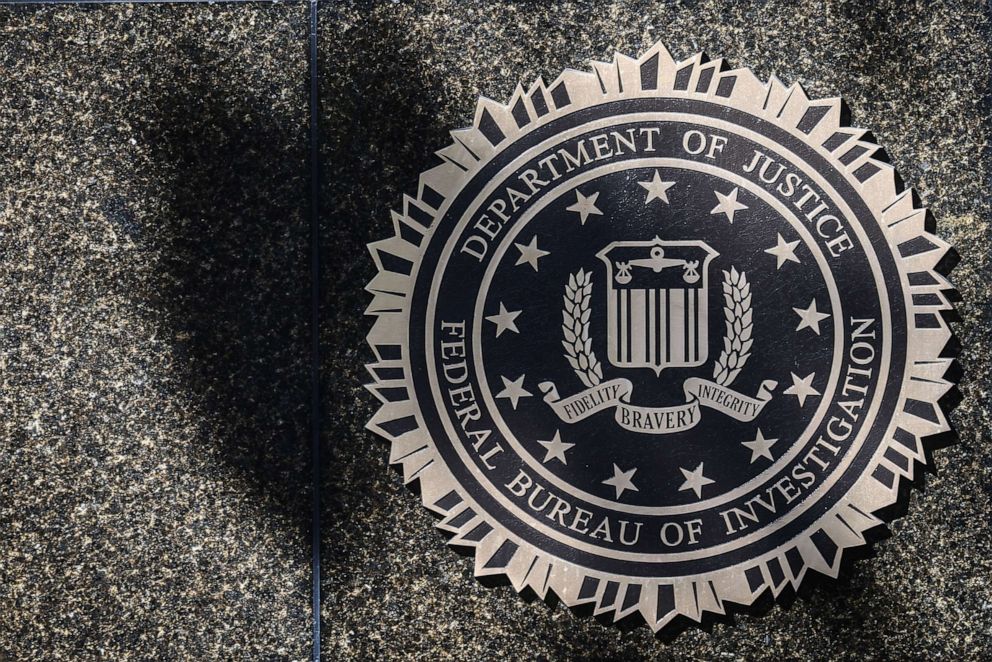 The Federal Bureau Of Investigation emblem is seen on the headquarters building in Washington DC on October 20, 2022.

A Microsoft spokesperson told ABC News that Microsoft will never send unsolicited messages or make unsolicited calls to ask for personal or financial information, or to provide support to fix your computer.

They added that the genuine Microsoft warning messages never include a phone number. If a consumer receives a pop-up, the spokesperson recommended closing the message or using the CTRL+ALT+DEL key combination to exit the program they are currently using and run a security scan on the computer.

For Bert Smith, 85, and his wife Ann, a months-long tech support scam ended up costing them $3 million.

Smith, who used a pseudonym for this report, said he logged on to his computer to play solitaire, as he does most days. Almost immediately, he experienced a frozen computer followed by a pop-up stating that the computer was hacked and called a phone number claiming to be a well-known software company.

According to Smith, when he called the phone number, he was transferred to another person claiming to be a federal agent, who told him he needed remote access to the computer to scan it. Smith said the scammer told him his social security number, bank and investment account information had been compromised and their money was at risk.

He said he was told the solution was to transfer the money from their current accounts and invest it in cryptocurrency for safekeeping.

“They had told me that if anyone asks why we’re doing this, well, the stock market was down,” Smith said. “And Bitcoins went down too, so this would be a good time to invest.”

According to Smith’s daughter Kerry, the scammers even gave her parents Bitcoin wallet numbers to try to convince them their money was safe.

Smith said he was told not to tell anyone, including bank employees or family members, and was given a script to recite at the bank if employees were asked about the nature of his money transfers.

Their daughter Kerry said she only found out about the fraud after the three million dollars was missing.

“It was devastating to hear because of how hard my parents worked for their money,” Kerry said. “This shows how manipulative these scammers are … for them not to share something like this with us.”

Over the course of a month, Smith said he made a dozen wire transfers in amounts as high as $750,000 until a bank employee became suspicious and notified local police, who have since referred the case to the FBI. Smith told the ABC their case remains under investigation.

While they still hope they can get some of their money back, Bert and Ann said it was more important for them to share their story so others are aware of what these scammers can do. “Looking back on it, I [think], ‘How gullible can you be?’ But on the other hand, they had a good story,” Smith said. “We wanted to share our story so that seniors can learn from this … and so they don’t feel like it’s something they did.”

Johnson encouraged victims of fraud to contact the FBI through ic3.gov or report suspected fraud to their local law enforcement agency and their banking institution.

According to Johnson, the FBI’s Recovery Asset Team has recovered over $300 million in fraudulently obtained funds. “We have an 82% recovery rate,” she said, but urged victims to report as early as possible, making it more likely to recover money.

“We’ll see [companies] be vigilant as they try to make sure their customers are protected,” Johnson added.

In addition, the FBI provided a list of tips to avoid being scammed: