For Everton supporters of a certain disposition, it was a tiresomely familiar afternoon at the Vitality Stadium. A disjointed performance and a thorough beating at the hands of Bournemouth – their second in five days, having been suspended in the EFL Cup just five days earlier – was followed by palpable anger from traveling supporters who had made their way down to the Dorset coast, meaning Frank Lampard is among the Premier League managers who the forced World Cup break could not have come a moment too soon.

Their 4-1 defeat in the EFL Cup had been bad enough. Lampard may have opted to change all 11 of his team from the previous game against Leicester, but the fig leaf this may have given him was removed by the fact Bournemouth made nine changes to their team as well. Also, it’s not unreasonable for Everton supporters to take the view that perhaps a club of their size who haven’t won a major trophy in 27 years should take any chances at silverware a little more seriously.

But returning to the same premises for another pre-Christmas filling was unforgivable. Everton have now lost five of their last seven games, and in a tightly congested lower half of the Premier League, this defeat was enough to drop them back to 17th in the table, where they will now hover uncomfortably until Boxing Day. They will end 2022 pretty damn close to where they started it.

It’s not like they’ve been terrible this season. Three of those five defeats came against Spurs, Newcastle and Manchester United, while their home loss to Leicester City came against a team that has transformed its fortunes in recent weeks and is currently third in the Premier League’s form table.

But their second trip to the Vitality Stadium in less than a week can’t really be sugarcoated. Defensively outspoken and littered with individual errors, this was one of those defeats that didn’t just look crushing on the basis of the final score. The nature of the performance left so much to be desired that there was virtually nothing positive to take away. Supporters will usually accept a result if their team has been a little unlucky or otherwise shown some courage.

It is the combination of performance and result that so angered the traveling faithful, and it raises familiar questions about the ongoing top-flight status of a club that has not been relegated for more than 70 years. And that sense of unease will have been compounded by the fact that this latest defeat was the second in a row against relatively modest opposition, a team that had lost their previous four Premier League games in a row. 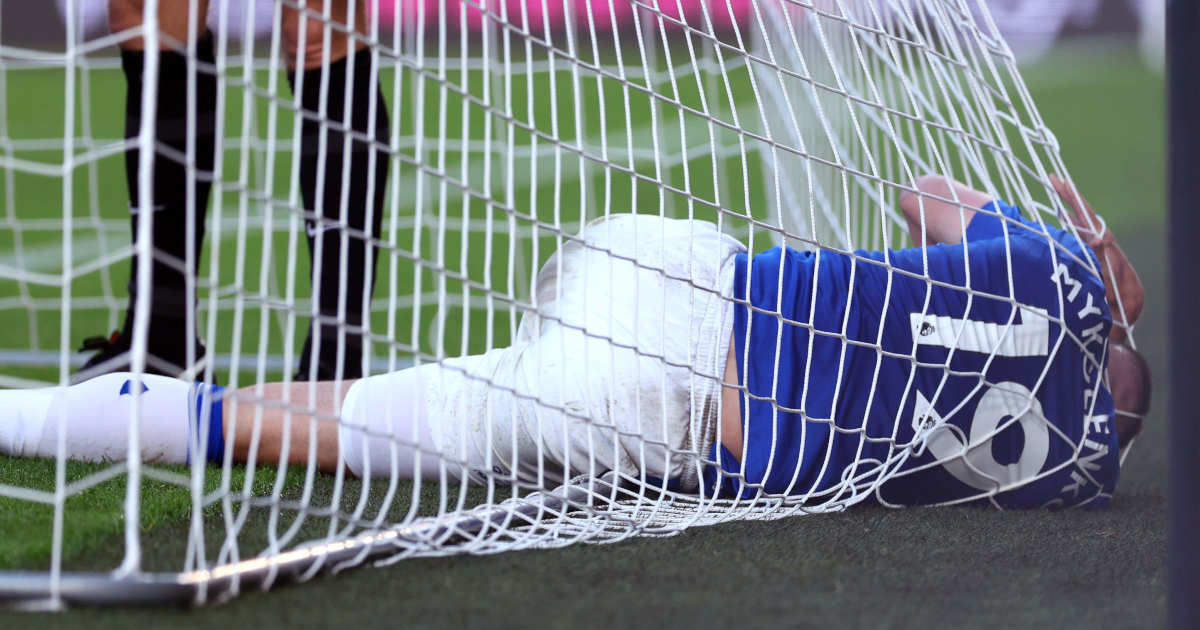 And there may well be even greater frustration because those same traveling supporters already know this team is capable of so much more. A poor start to the season had left them in the relegation places after four games, but then came a string of performances that suggested some degree of steady improvement culminating in a 3-0 home win against Crystal Palace where everything seemed to come together positively for Lampard.

It seemed that this was the kind of result and achievement he wanted, the true arrival of a corner that had been turned. A subsequent goalless draw against Fulham seemed to indicate that manager Ashley Cole has built a small defensive backbone into the team, although they could not emerge from west London with all three points. Progress can come in big or small steps, but much of it appears to have been undone by the Bournemouth double.

So where does Frank Lampard go from here? And perhaps more relevantly, where does owner Farhad Moshiri go from here? The small matter of retaining a place in the Premier League is not just about prestige or maintaining a proud history. Behind the scenes, problems have been building for months, particularly with the sudden and largely unexpected departure of main sponsor Alisher Usmanov from the scene following Russia’s invasion of Ukraine.

Everton had taken a somewhat surprising route over funding the construction of a stadium expected to cost half a billion pounds to complete, relying on Usmanov’s sponsorship rather than getting the financial investment they needed first, which would be more usual. With his departure and a rapidly deteriorating international financial situation making borrowing significantly more expensive than it was just a few months ago, this looks increasingly like a gamble that could go wrong, and the specter of Everton potentially hosting Championship football on their new Stadium with a capacity of 53,000 looms ever larger on the horizon.

So if Everton supporters are heading into the winter break in a clouded frame of mind, the reasons why they do so seem pretty clear. Of course, with the bottom half of the Premier League as congested as it is this season – even now they’re just five points behind Fulham, who sit in 9th – being 17th at any given time doesn’t mean much in and by himself.

But with more than five weeks to go and the cost of failing to stay up arguably greater than ever, Everton’s stop-start season needs to be restarted with significantly more intent than they showed in their two games against Bournemouth . Or Lampard will not celebrate his one-year anniversary at the club in January.