Couples swear by the seat booking “hack” when flying, but people are divided COUPLE have divided opinion by using a ‘booking hack’ when flying which has put other passengers in difficult positions.

Many people have their own methods of getting extra space on planes, but it’s a two-person system that causes some problems.

It requires couples, or a pair of friends, to book the aisle seat and the window, so that the middle seat is free between them.

The hope is that no one is awarded the middle spot, giving the pair the full row, with an extra spot between them.

While it’s undeniably a smart method, when it goes wrong it can make things awkward, especially if the couple decides they’re happy with their assigned seats and don’t want to switch.

It puts a fellow passenger in the uncomfortable middle seat and, perhaps even less comfortably, in between a couple for the entire journey.

Sara Nelson, International President of the Association of Flight Attendants-CWA, so on Twitter that she and her friend were “a couple of flying fanatics who do this every time” because it’s a “better chance of getting the row to ourselves”.

However, she said she always offers to switch if an unlucky person is placed in the middle seat.

Tiktok travel expert @janelleonajet is also a fan of the method and said she always does it when traveling with a friend.

“If there’s an aisle seat open, 100 out of 100 times, that person is going to choose the aisle seat over the middle seat.”

However, other people aren’t as happy about people using it to try and get extra legroom, especially those who aren’t happy when things go wrong.

Cornell University PhD student Elissa Domingo Badiqué told the Washington Post: “Just know that you tried to game the system and you lost. Take the loss with grace.

“Please don’t try to make the person in the middle seat suffer because you didn’t get what you wanted.”

ONE Twitter user agreed with Elissa and said that if people want to sit together, they should book seats together.

They wrote: “Remember kids, if you want to sit next to your wife on a plane, buy two seats that are actually next to each other instead of expecting strangers to accommodate your poor planning.”

Sometimes the method can backfire on the pair, with people choosing to sit in between the pair.

One Twitter user, Zack Bornstein, told his followers about the time he and his wife tried the method, only to have someone sit between them.

Zack offered to switch seats, but the passenger declined the offer.

He said: “I lost my mind and just offered the aisle seat to the guy sitting between me and my girlfriend on a flight and he said he’d rather be in the middle seat between us.” 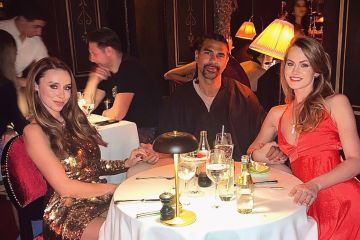 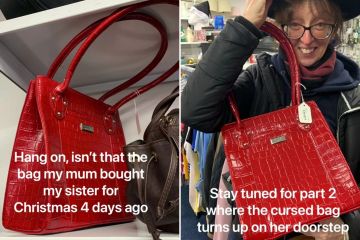 Meanwhile, travel experts have shared a clever trick that will have you taking a trip for yourself during a flight.

And this is the safest seat you can sit in if you are in a plane crash.