Carl Hester is a very busy man these days. In addition to flying all over the world to organize master classes and teach clinics, he also agrees to take over riding several of Charlotte Dujardin’s horses, while she is pregnant with her first child, who is expected in the New Year.

“Charlotte is still riding, but she’s getting more heavily pregnant and she’s not riding to the point she was – there’s no sitting trot for her anymore!” reveals Carl in episode 129 of The Horse & Hound Podcast, this week supported by NAF – Five Star for Best Performance Worldwide.

“I got off a plane from Australia and my first job when I came home through the door was to go and get back on some horses,” he adds. “There’s so much to do – I’m very busy.”

But all the extra work and riding will be worth it – Carl is very excited about the upcoming grand prix horses that are on the yard, and there are three in particular that he hopes will make their grand prix debut between now and 2024.

“We are looking at having five grand prix horses ready for the next Olympic Games and we have some very exciting ones starting grand prix next spring,” says Carl.

Carl Hester counts En Vogue, his 2021 Olympic horse, and Imhotep, Charlotte Dujardin’s 2022 team horse, among those five – the former having been withdrawn from the 2022 team race in May after suffering a minor injury. But Vogue is now “really good” and back to work, according to Carl, who will give the 13-year-old Jazz son an easy winter of hacking and stretching before campaigning for next year’s European Championships in the spring.

“Vogue is not an indoor championship horse, so there is no point in campaigning him for the World Cup this winter,” says Carl. “I don’t need him until April so I’ll take my time to bring him back and we’re working a lot with the other horses.”

One of the other horses is Hawtin’s San Floriana, the 10-year-old San Amour mare with whom Charlotte won the advanced medium and prix st georges (PSG) double in the Hartpury Premier League in July.

“She is super talented and related to Hawtin’s Delicato [Carl’s 2018 World Equestrian Games medallist]. She has the same kind of talent as him and the same brilliant work ethic, says Carl. “She will hopefully start her grand prix career.” 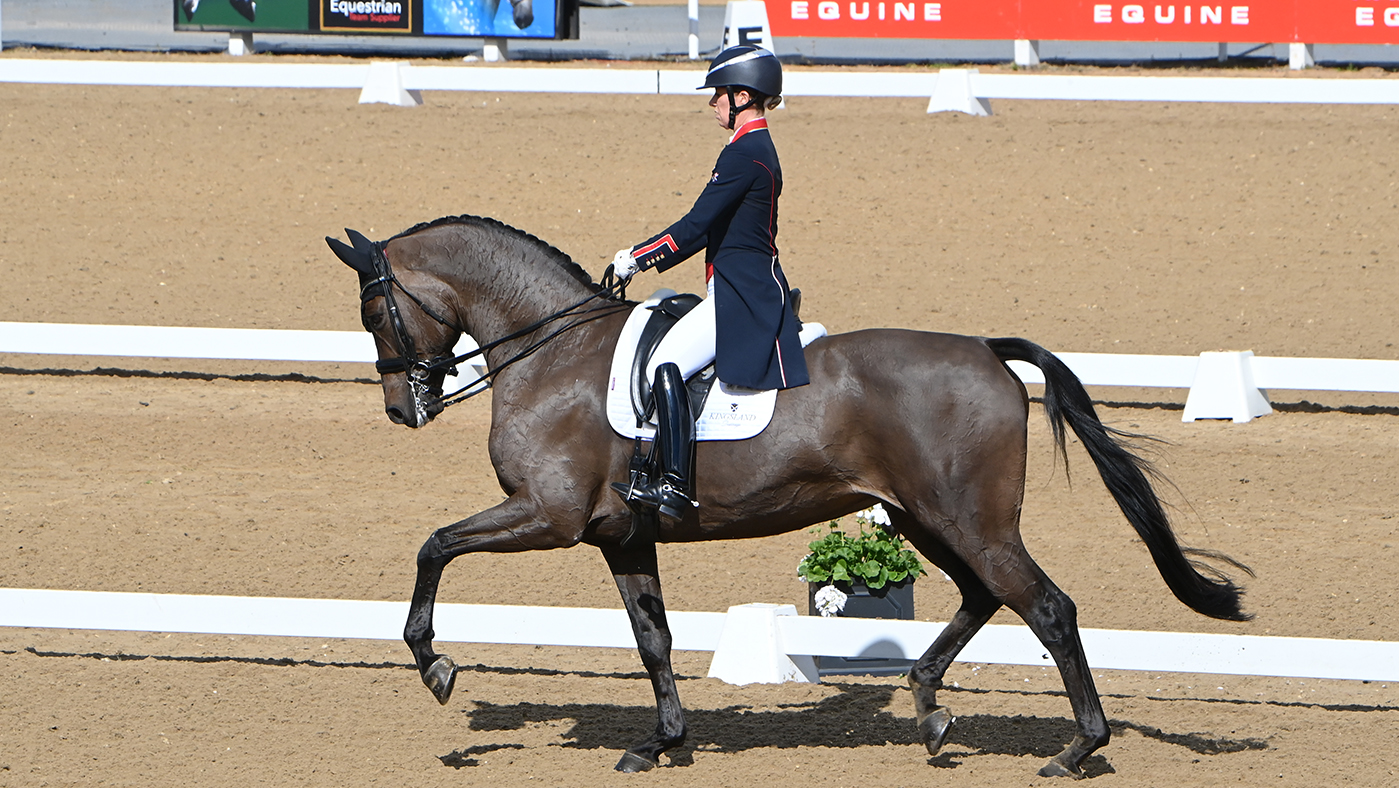 There is also eight-year-old Alive And Kicking, winner of the young horse PSG final in 2022 at Hartpury, and second in PSG at the Nationals in September.

“I’m riding her at the moment and I get on really well with her. We hope she will start around March with her first grand prix, says Carl. 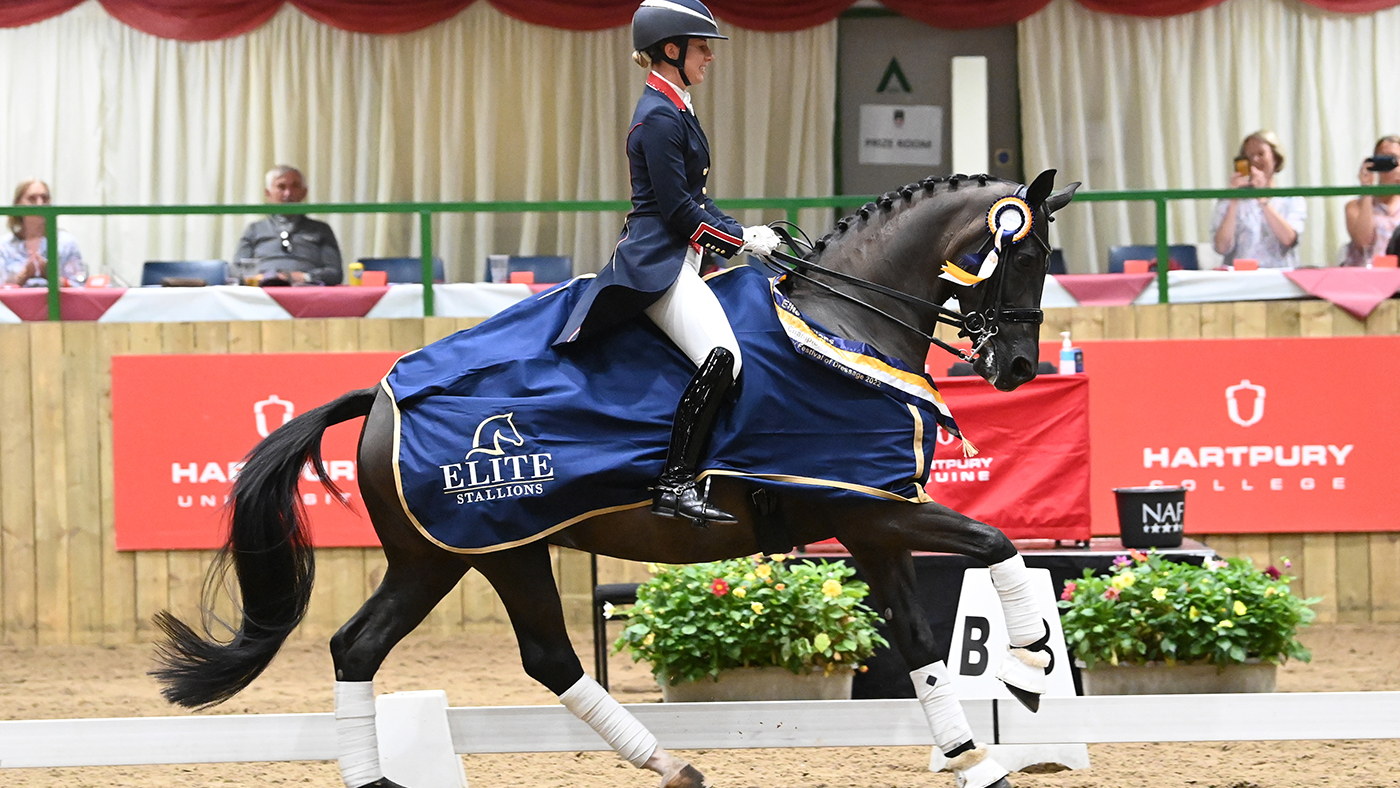 “And then there’s the glorious Times Kismet,” he adds, referring to the seven-year-old daughter of Ampere, the current national champion in the advanced medium. “She’s quite young, but she’s like sitting on the most wonderful couch in the world; I absolutely adore her. She is a winner through and through and her talent for grand prix is ​​just exceptional, so she is very exciting. 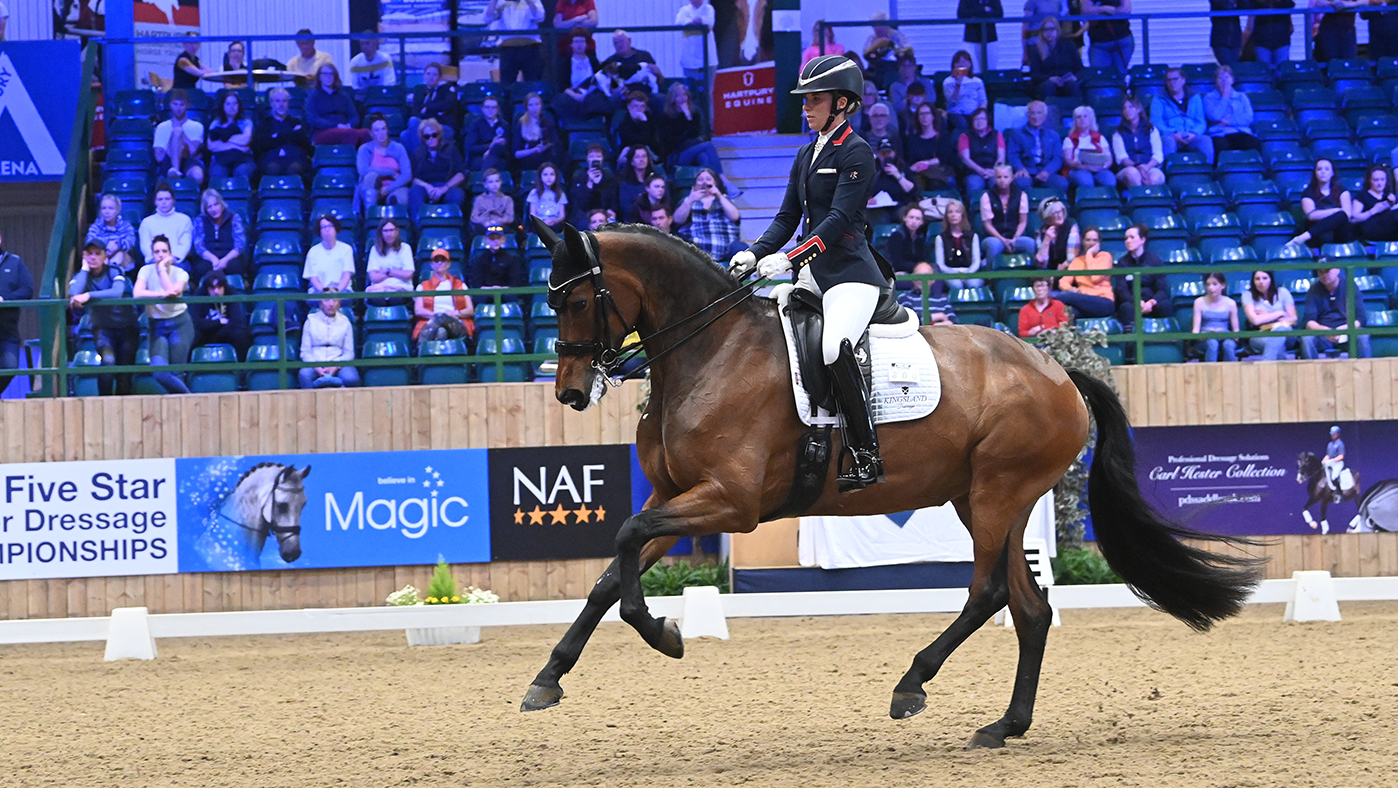 Charlotte Dujardin and Time Kismet during the Winter Dressage Championships 2022.

“It’s a very exciting time for that group, with the moment of truth approaching: how they want to be in the ring at that level,” continues Carl. “It’s a lot of riding for me to take on, after all these horses don’t just take 15 minutes – as future grand prix horses I have to get them really tough and soft and forward, they have to learn the movements and they have to get more competition experience in the ring too.”

See also  How to prevent mold from growing around windows

To hear Carl Hester talk more about En Vogue, what he’s up to this winter, and his goals for the next few years, tune in to episode 129 of The Horse & Hound Podcast, this week supported by NAF – Five Star for Best Performance Worldwide.

You can also enjoy…

Carl Hester has fond memories of competing at Addington, including with Uthopia in 2012, ahead of that year’s Olympic Games Credit: .

Carl Hester at Valegro in 2006