There’s nothing like a fun video game to help you blow off some steam at the end of a long, hard day. Despite this being the case, there are some cyber security risks associated with gaming that many consumers may not be aware of. BeyondIdentity conducted a survey of around 1,000 Americans and the findings of this report revealed that such games pose a serious risk to cyber security with all things considered.

One of the key revelations from this survey is that two-thirds of respondents were hacked while playing their favorite video games. With all that said and now out of the way, it’s important to note that Xbox players may be more likely to be hacked than otherwise.

86% of them are at risk of hacking and 76% have already fallen victim to phishing scams that have resulted in them losing access to their gaming accounts. It may make the Xbox seem like an unsafe gaming device, but this has more to do with unsafe practices by Xbox players rather than any inherent flaws in the product itself.

Meanwhile, PlayStation gamers seem to have it easier. 37% of them reported never being hacked, 9% said they were hacked once, 22% reported two to three hacks, 18% reported four to five, and 13% said they have been hacked six or more times.

Nintendo is an even safer game console by this calculation. 40% of Nintendo gamers have not been hacked even once. It turns out that PC is the most secure gaming console of all, with as many as 46% of PC gamers never having been hacked while playing a video game.

53% of gamers who were hacked during their gaming session lost their email data. 48% ended up having their phone numbers leaked, 45% lost extremely sensitive payment data that could cause financial losses, and 43% lost access to their financial accounts entirely. Social media accounts were lost 36% of the time, and 30% of users reported their passwords falling into the wrong hands.

There is also a more concrete financial aspect to these hacks that is worth keeping in mind. The average amount lost during a mid-game hack was around $330. An interesting thing to mention here is that PC players lose the highest amounts of cash on average, hovering around the $374 mark. Mobile gamers, 34% of whom never get hacked, lose an average of $359. Next comes PlayStation with $321, Nintendo with $310 and Xbox with $298.

It indicates a pattern where platforms that are more prone to hacks have a lower average financial loss. This may be due to the greater number of cyber attacks being carried out. If a hacker manages to break through your PC’s defenses, they’ll likely go for a bigger payout. Xbox hacks are so common that hackers are fine with smaller amounts, although the total amount would still be staggering if seen collectively, so the high risk is still something to consider. 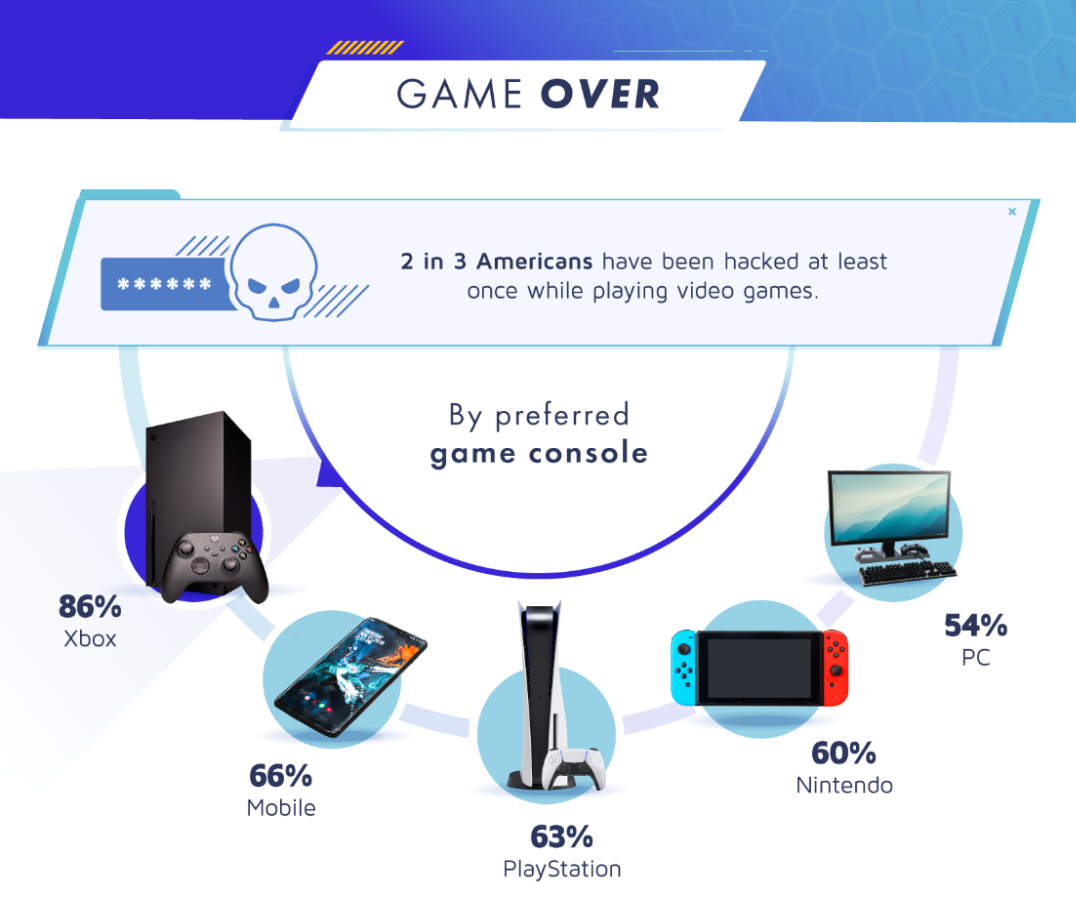 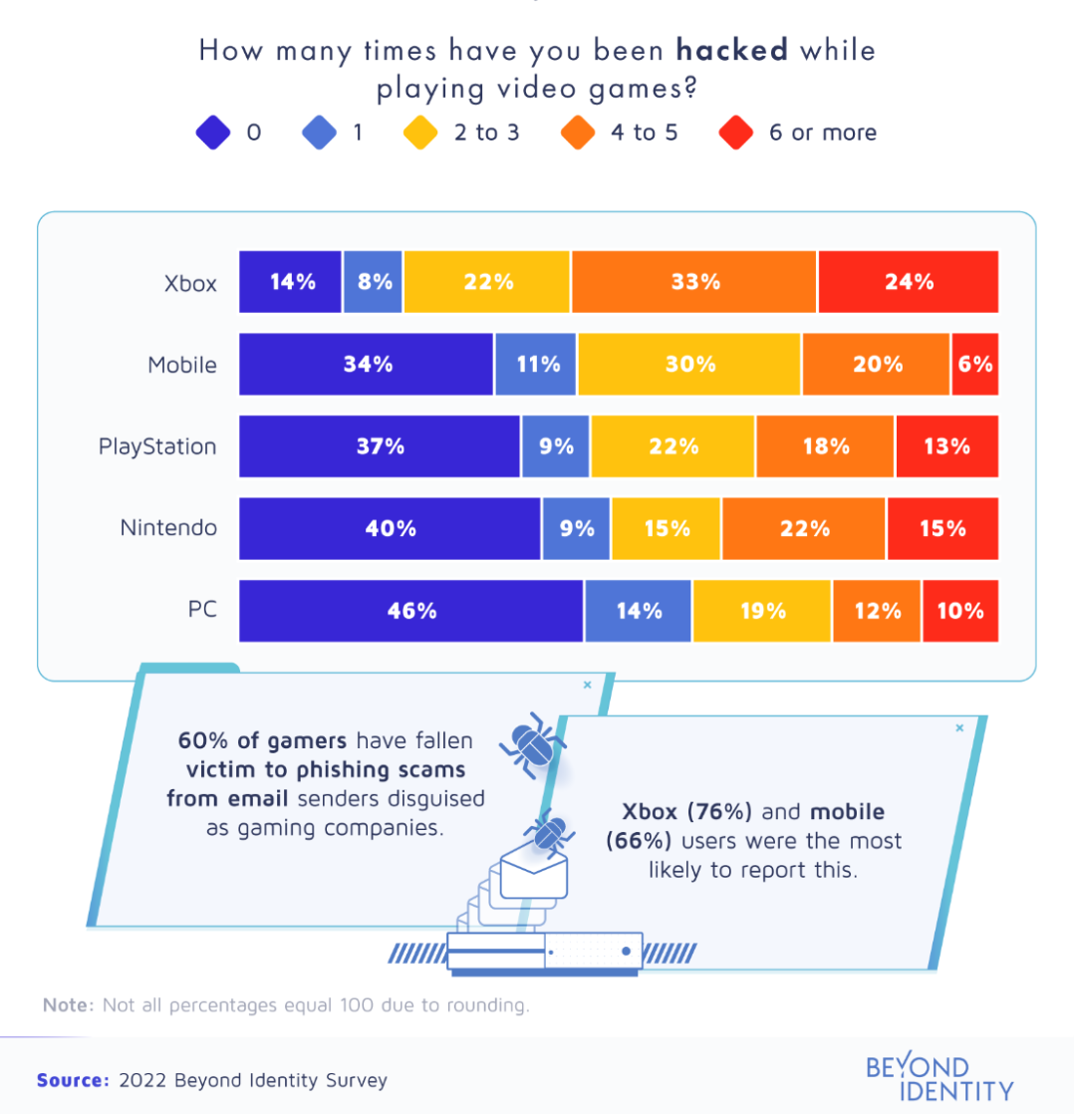 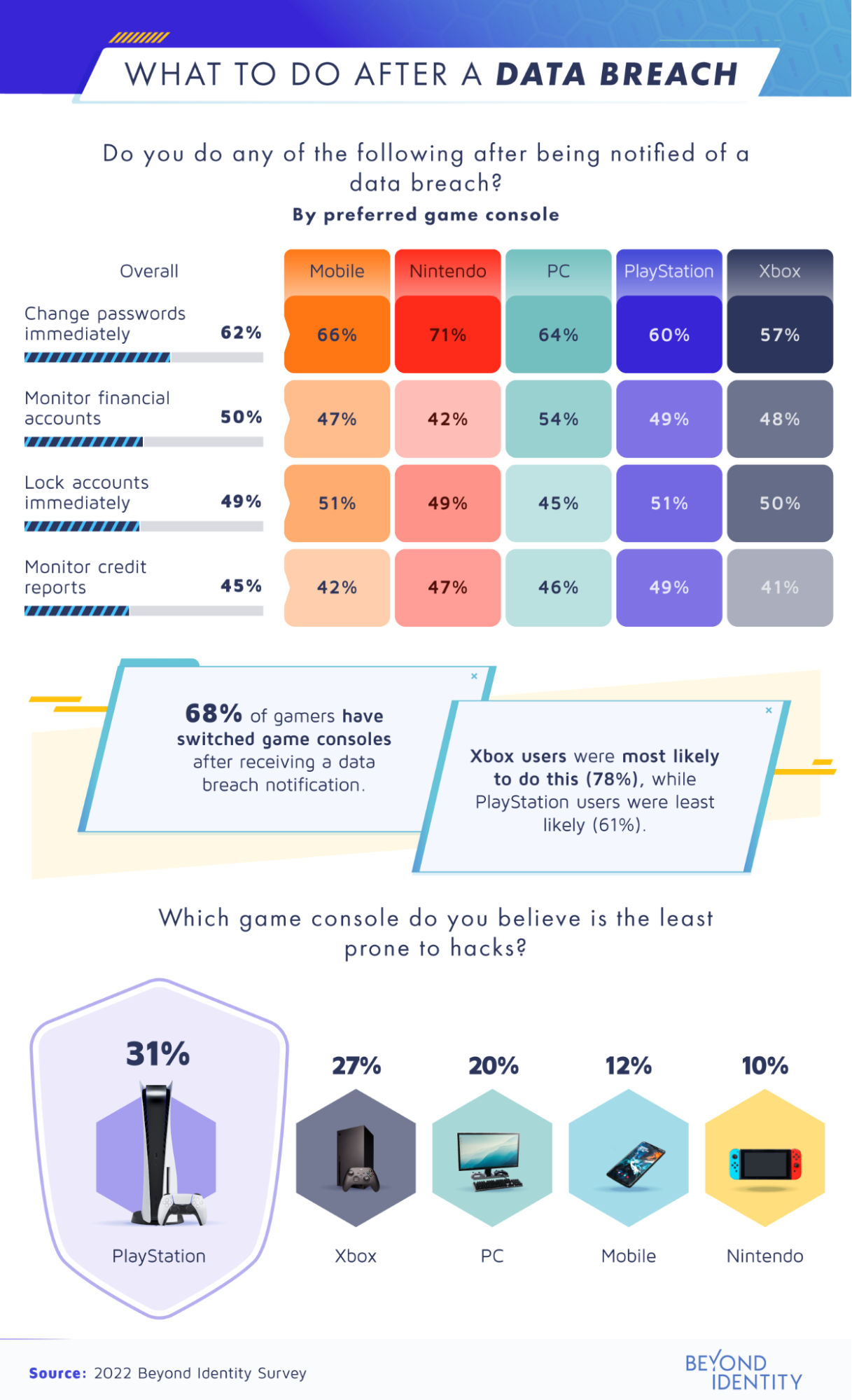 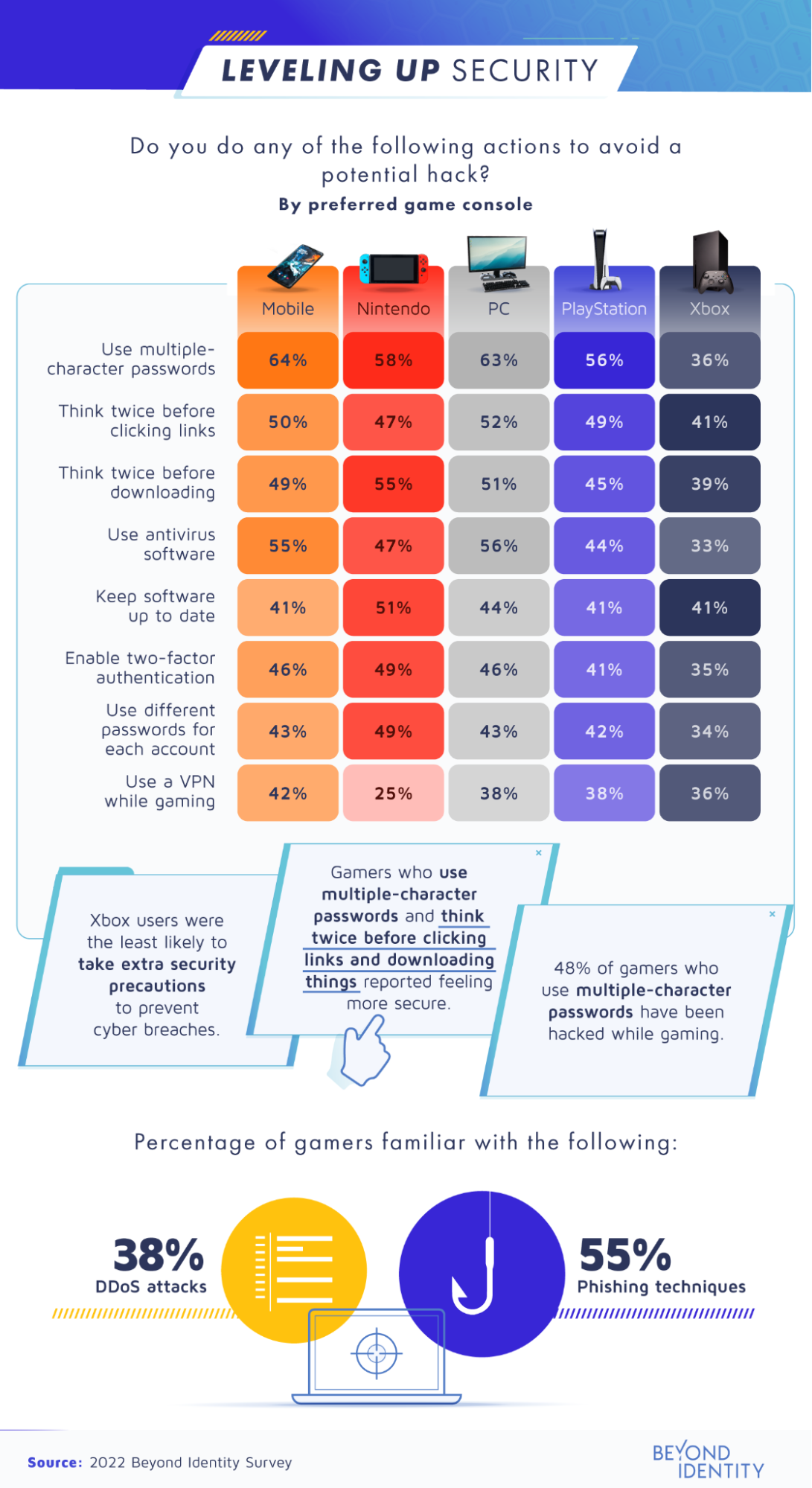 Read next: The Cyber-Security market has grown despite the challenges it faced in the economy

Tags: Digital Information World: 66% of Americans were hacked while playing video games according to this reporthacked games